ExxonMobil’s Point Thomson project successfully completed a number of infrastructure milestones during the summer as part of an ongoing commitment to Alaska’s energy future.

“ExxonMobil is strongly committed to hiring Alaskans and, with its contractors, employed more than 1,100 Alaskans during the 2013 winter work season,” said Gina Dickerson, senior project manager at Point Thomson. At its peak, more than 500 people worked on Point Thompson site development this summer.

Alaska Frontier Constructors were involved in completing the site airstrip and finishing construction of a service pier. A permanent camp, providing meals and housing to project workers, was built and is now fully operational. More than 35 Alaska companies worked on the project during the summer.

Point Thomson’s telecommunications and power systems are also fully operational. Completion of a condensate export pipeline – linking Point Thomson to the trans-Alaska pipeline system – is expected this winter. More than 2,200 vertical pipeline supports have been installed.

“Point Thomson’s infrastructure can help unlock the eastern portion of the North Slope for expanded exploration and development activity,” said Dickerson. “Along with our contractors and partners, we’re very proud to be building a project on the North Slope that will significantly contribute to realizing Alaska’s full energy potential.”

CH2M HILL Alaska was awarded a subcontract for the installation of production system modules that make up the principle components of the permanent Point Thomson facilities. CH2M HILL is partnering with ASRC Energy Services and Delta Construction on field work beginning in 2014.

CH2M HILL Alaska was also awarded a subcontract to fabricate and install the standby power-generation module, which will provide backup power for the entire facility in 2014.

These subcontracts will provide employment opportunities for many Alaska-based contractors.

The Point Thomson Unit, operated by ExxonMobil on behalf of itself, BP, ConocoPhillips, and other minor owners, is a remote natural gas field located on Alaska’s North Slope, approximately 60 miles east of Prudhoe Bay. It is estimated to hold about 25 percent of known North Slope natural gas. The project is designed to initially produce 10,000 barrels per day of condensate at startup in the winter of 2015/2016. A pipeline is being installed with a capacity of 70,000 bpd and will connect to the trans-Alaska pipeline. 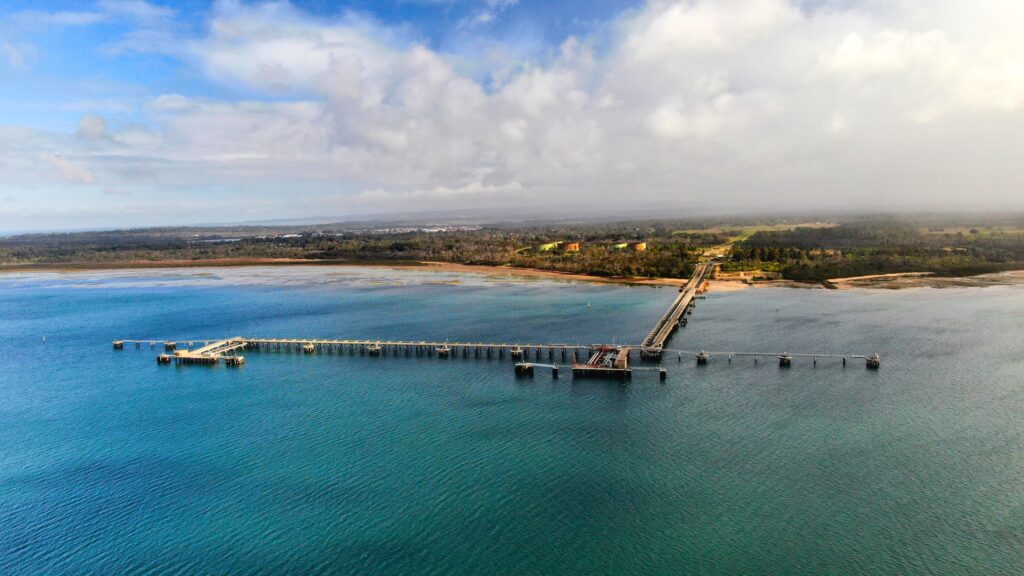