A shipbuilding contract was signed in Gdansk on 26 November 2021.

The contract is worth nearly PLN 4 billion (about $960.6 million), Marek Gróbarczyk, Secretary of State in the Polish Ministry of Infrastructure, revealed on his social media channels.

As informed, two of the newbuilds will sail under the Unity Line brand, a subsidiary of PŻM, while the third, with the fourth option, will be built for Polferries also known as Polska Żegluga Bałtycka (PŻB).

The environmentally friendly and low-emission vessels will be equipped with hybrid engines. The engines will be powered by liquefied natural gas (LNG) and diesel fuel, with battery support, Polferries said on social media.

Instead of conventional propellers, each ferry will be equipped with two azimuth thrusters at the stern and two bow thrusters.

Since 2009, Remontowa has delivered nineteen new ships to owners from Norway, Denmark, Canada and Sweden, including LNG-powered ferries.

Over the past few years, it also converted three large RoPax ferries for companies from Canada and Sweden, replacing engine systems with those suitable to LNG and methanol. 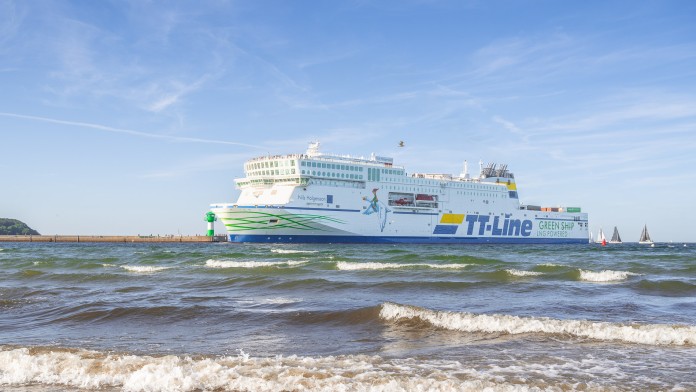