Port of Baltimore Expansion to Have Great Economic Benefits

By the end of 2015, the Panama Canal will have undergone its largest expansion to date. In what is undoubtedly good news for Maryland’s maritime economics, when the first big ships make their way through the canal, the Port of Baltimore is one of two ports on the East coast currently able to accommodate the mega ships.

The canal’s expansion will more than double its carrying capacity, allowing it to accommodate some of the world’s largest container ships, known as “post-Panamax” ships. The new ships are able to carry upwards of 12,000 containers, while the previous generation of “Panamax” ships have a maximum load of about 5,000 containers. The only other East Coast port currently able to accommodate such large ships is the Port of Virginia in Norfolk. As expected, other East coast ports are working at a frantic pace to catch up, in a race that will impact logistics along the East coast and as far west as the Ohio Valley.

The Port of Baltimore has already completed a major overhaul of its infrastructure—it has dredged to a depth of 50 feet, built larger berths to dock the behemoths, and installed 400 ft. Chinese built electric cranes capable of lifting 187,300 pounds of cargo.

“New jobs in transportation logistics, construction and port labor are guaranteed, and the economic benefits will be felt immediately, including through increased tax revenue,” said James Eaton of Katz Abosch. “The promise of bigger ships and more cargo is being felt on land as well, with CSX Transportation and the Maryland Department of Transportation improving the local rail carrying capacity.”

According to a 2012 report by the Regional Economic Studies Institute (RESI) at Towson University, the expanded port will likely lead to a 20-25% increase in shipping cargo for the East Coast. If the Port of Baltimore situates itself as the major player for shipping and goods delivery for the mid-Atlantic and Northeastern regions, the financial benefit will be felt in local stores, taxes and of new good paying jobs.

The report also found that the new Intermodal Facility project, which will serve as the main inland transfer point for the containers, could generate $10.3 million in state and local GDP and $41.5 million in wages annually.

Other important findings include:

– The project will support a total of 266 jobs, 138 of which will be additional direct jobs added to the total containerized cargo jobs;

– $2.1 million in state and local tax revenues will be generated.

The Panama Canal expansion has spurred a “gold rush,” as it were, a scramble for Gulf and East coast cities to expand their ports so they can accommodate the big ships. Cities such as Miami and New York have undertaken substantial infrastructure projections in order to compete.

“Being one of the first ports able to accommodate the big ships will give Baltimore a competitive advantage over other ports competing for important shipping traffic,” according to Eaton. 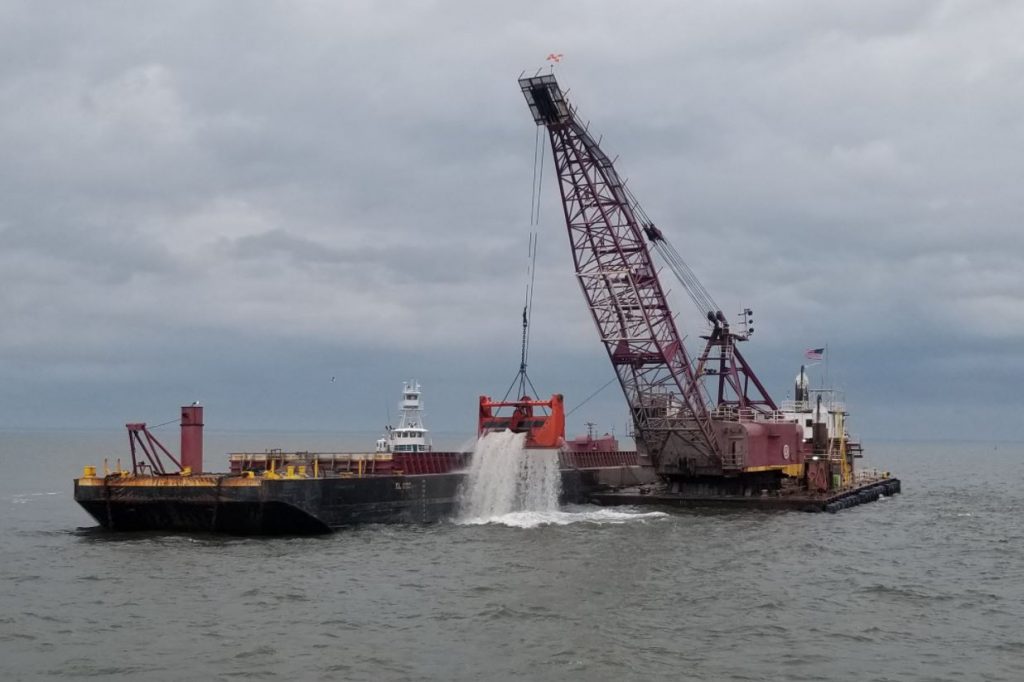