The Sri Lanka Government has identified Colombo Port Expansion Project (CPEP) as a way to cater to the increasing demand for services in the international shipping industry.

The project consists of two phases, the first being harbour infrastructure works such as construction of breakwaters, dredging for new harbour basin and navigation channel and rerouting of crude oil pipe line.

The other component includes construction of terminals and other related services.

The first terminal of the CPEP, Colombo International Container Terminal (CICT) was constructed on a Built Own Transfer (BOT) agreement with a public-private-partnership between the Sri Lanka Ports Authority (SLPA) and the China Merchants Holdings (International) Co., Ltd. (CMHI).

The CPEP, with a total annual container throughput of 7.2 million TEUs and a breakwater of 6.8 km, augmented container handling capacity with facilities to serve mega ships was completed in August, 2013.

The construction of  SLPA-owned single berth of the CPEP, known as the East Container Terminal (ECT), is reaching completion of  its Phase I soon, when it is expected to cater for the shortfall in the capacity of container handling in the port.

By the end of 2nd quarter this year the physical progress of the construction of the terminal is marked at 43.2% and the financial progress as per work done  at the end of April this year was 34%.

The work is scheduled to be completed in December 2014 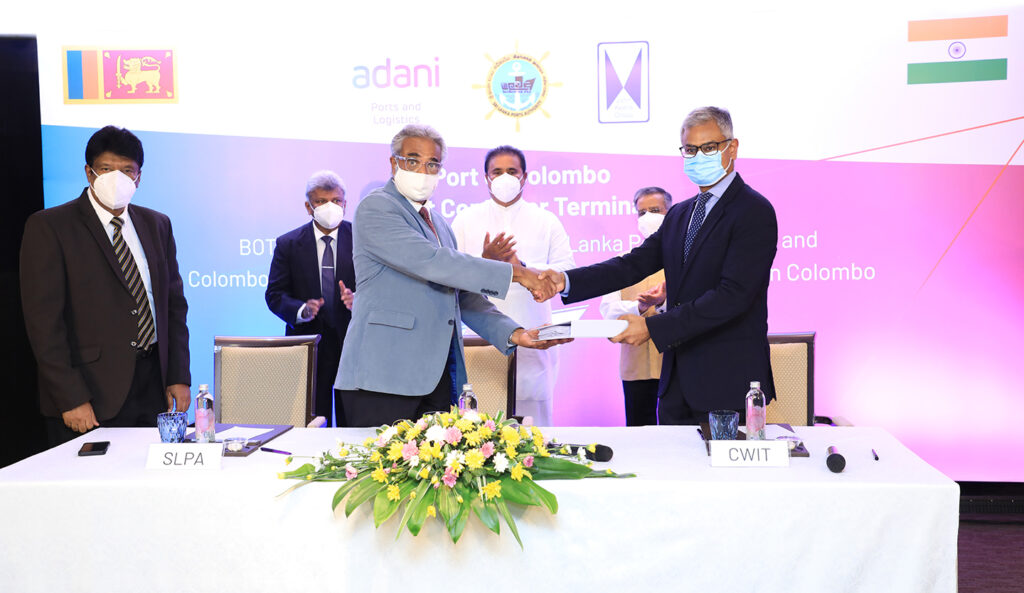