The Port of Gothenburg and Norwegian energy company Statkraft have revealed plans to construct a hydrogen production facility at the port, with operations due to commence in 2023.

The duo has entered into an agreement to conduct a more in-depth investigation of the potential for an interim storage facility and filling station at the Port of Gothenburg.

A preliminary study is currently being conducted with the focus primarily on safety aspects. It is expected to be completed at the beginning of 2022.

“The Port of Gothenburg is Scandinavia’s largest port and as a hub for transport by sea, rail, and road, it operates a wide range of heavy freight-handling equipment. Hydrogen has the potential to replace fossil-based diesel for all these items of equipment,” Arvid Guthed, Vice President, Port Development, at the Gothenburg Port Authority, commented.

As informed, the planned facility will have an initial capacity of four MW, producing up to two tonnes of hydrogen per day. This is equivalent to 2,200 litres of diesel and could help reduce carbon emissions by at least four tonnes every day. The capacity can be expanded if demand increases, and new areas of use emerge.

“We know there is already significant demand in and around the port for using equipment powered by hydrogen. A number of companies and organisations are ready and waiting and we are convinced that local production of hydrogen would represent a breakthrough,” Guthed added.

When hydrogen is produced using fossil-free power sources, such as hydropower or wind power, the hydrogen would also be fossil free. Hydrogen can be stored and used for different types of freight-handling equipment, primarily heavy transport equipment that can be switched to fuel cell operation. The use of hydrogen in effect produces no emissions other than steam.

“We maintain that renewable hydrogen will be critical if we are to achieve carbon-free transport within the near future. This project will increase the potential for this development by contributing to the transition to a fossil-free transport sector on land and at sea,” Per Rosenqvist, CEO, Statkraft Hydrogen Sweden AB, said.

Sweden’s goal is to reduce emissions from domestic transport by 70 per cent by 2030. According to the Fossil-Free Sweden Hydrogen Gas Strategy, published in January 2021, the hydrogen projects that are planned in Sweden are currently achieving a reduction of just over 30 per cent of Sweden’s total national carbon emissions.

The Port of Gothenburg climate goal reflects the Swedish goal, where a 70 per cent reduction will not only take place at the port but also for transport to and from the port throughout the whole of the Gothenburg region.

“We need to ensure that a mix of fossil-free fuels is available at the Port of Gothenburg if we are to achieve our climate goal and ultimately become fossil free. We are working actively on several fronts, including the Tranzero Initiative, where land transport is particularly in focus and hydrogen is a key component,” Guthed concluded.

The Port of Gothenburg is the largest port in Scandinavia, with approximately 30% of Swedish foreign trade and 50% of container traffic passing through the port. 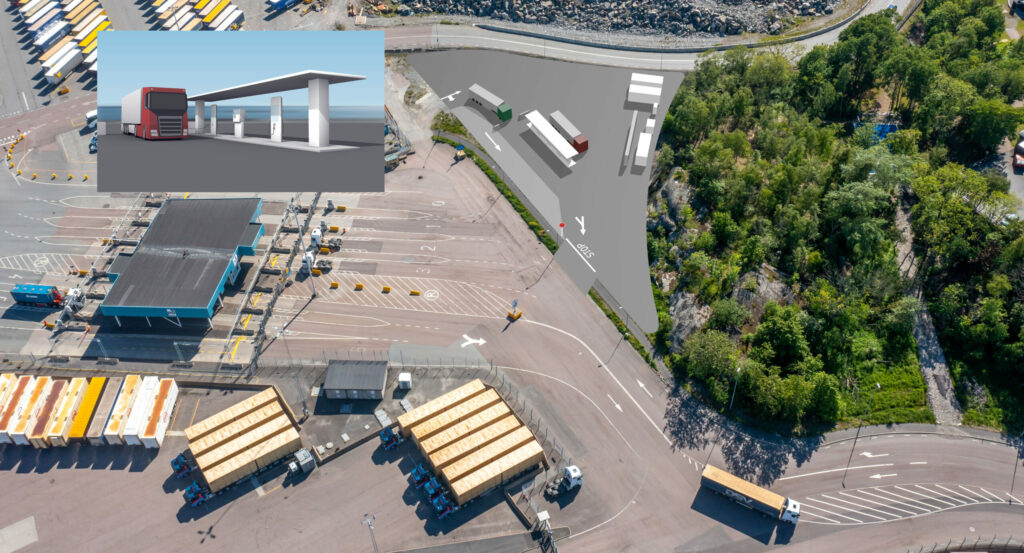