Port of Rotterdam Points to Rise in LNG Bunkering

Europe’s top bunkering port, the Port of Rotterdam, has seen an increase in LNG bunkering at the port.

The figure for 2019 does not include the sales for the fourth quarter of 2019, as these numbers haven’t been revealed yet.

For the third quarter of 2019, the port’s bunker sales reached 11,075 metric tons, exceeding the total for the entire previous year.

There are now three permanent LNG bunker vessels in the port of Rotterdam and a further four LNG bunker specialists have a license to bunker LNG in the port, the port said.

One of those ships is Shell’s Cardissa, which has a capacity to hold around 6,500 m3 of LNG fuel. The vessel delivers fuel from the Gate terminal in Rotterdam and in locations throughout Europe.

Aside from Shell, Titan LNG is also a registered provider of LNG bunkering in the port. It has developed an LNG bunkering barge in Northwest Europe for the Amsterdam – Rotterdam – Antwerp (ARA) region: the Titan LNG FlexFueler.

The LNG bunker barge navigates to LNG powered seagoing vessels to supply LNG while they load or unload their cargo (SIMOPS). Furthermore, it has fixed locations where bunkering can take place for seagoing vessels and inland waterway barges. It bunkered its first fuel in June 2019.

Coralius offers LNG bunkering services for Skangas, a subsidiary of Gasum, mainly operating in the North Sea, the Skagerak area and the Baltic Sea.

Back in June 2019, Coralius conducted its first bunkering in the port of Rotterdam.

During the ship-to-ship operation, LNG was supplied to the chemical tanker Bit Viking. The event represented a milestone for Coralius proving its availability in the ARA.

The Port of Rotterdam sees LNG as one of the strategic pillars of the port’s broader energy transition ambitions, having a target of reducing its CO2 emissions levels by more than 90% by 2050.

Rotterdam aims to become an attractive LNG bunkering hub and has introduced incentives to stimulate the uptake of LNG as a marine fuel. These include the Environmental Shipping Index (ESI), which is a points-based system that offers a 10% discount on port dues for the cleanest ships; and a 10% discount for shipping lines if they choose to bunker LNG in Rotterdam.

The Port of Rotterdam said two additional bunker specialists are scheduled to start operating this year.

“The Port Authority is working closely with other ports including the Port of Antwerp to introduce a bunker permit for bunker fuel suppliers, starting 1 January 2021. A similar permit is already in place for LNG. The intention is for this permit to designate, for the first time, which substances are not permitted in bunkers. It is anticipated that the permit will considerably improve both transparency in the bunker market as well as bunker quantity and quality. More information will be published in mid-2020,” the port authority said.

Antwerp is also working to bolster its LNG Bunkering infrastructure.

As informed on Monday, Cryostar and KC LNG have won a contract for building an LNG ship bunkering and truck fueling facility in the port of Antwerp. The project promotors of the facility are Fluxys, G&V, Titan LNG and Rolande.

The LNG facility is set for commissioning in the first quarter of 2020.

“The facility will allow Fluxys, G&V, Titan LNG and Rolande to substantially widen the LNG fuelling options at quay 526/528 in the port of Antwerp, where currently truck-to-ship bunkering is offered. LNG-powered inland waterway ships will be able to dock at quay 526/528 for bunkering from a fixed storage unit while LNG powered trucks will be able to refuel at the facility as well,” a statement from KC LNG reads. 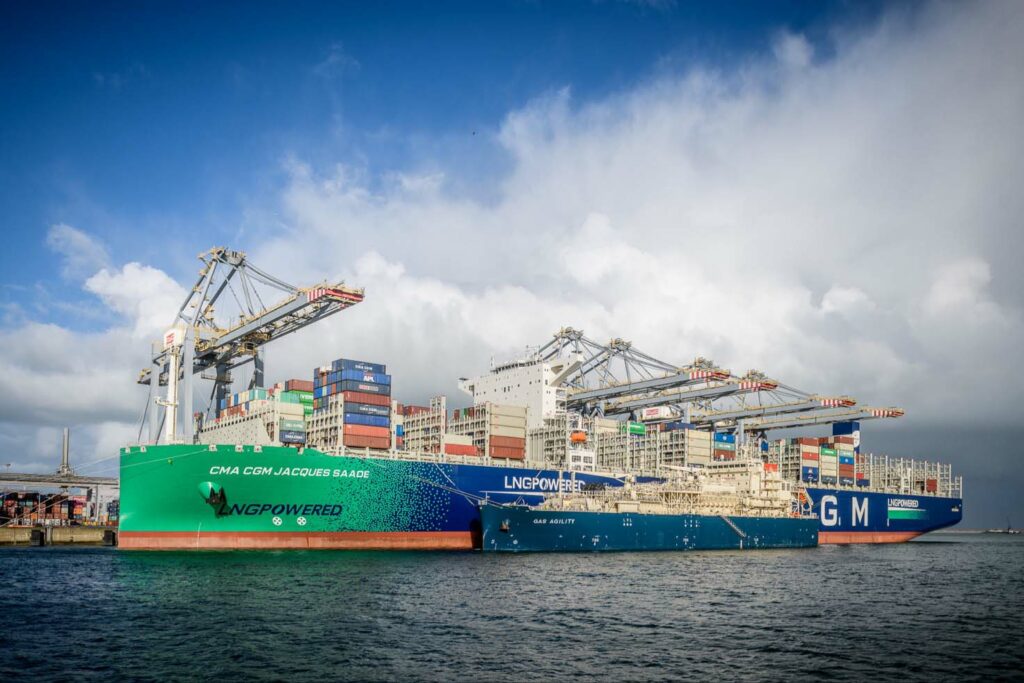