Ports of Stockholm Wraps Up Cruise Season with 230 Calls

In addition, the port said that the number of turnarounds reached a record high with 57 vessels beginning and/or ending their cruises in Stockholm.

In October, the Ports of Stockholm concluded its cruise season with the arrival of the cruise ship AIDAmar.

“This year we have improved the service for passengers at the Port of Nynäshamn with our new Seawalk, an extendible pier that is used instead of smaller transport shuttle boats,” Henrik Ahlqvist, Cruise Marketing Manager at Ports of Stockholm, said.

The Ports of Stockholm pier construction was inaugurated at the Port of Nynäshamn at the beginning of this year’s cruise season. The Seawalk is a 260-meter-long pier that can be extended out in a similar way to a measuring ruler to reach the vessel.

The port revealed that it already has 273 cruise ship bookings for the next year, of which 74 are turnaround vessels. 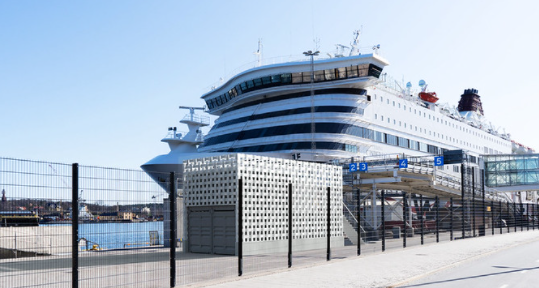