The company has agreed to plead guilty to seven felony charges stemming from its deliberate pollution of the seas and intentional acts to cover it up, the US Department of Justice said.

The US investigation was initiated after information was provided to the US Coast Guard (USCG) by the British Maritime and Coastguard Agency (MCA) indicating that a newly hired engineer on the Caribbean Princess reported that a so-called “magic pipe” had been used on August 23, 2013, to illegally discharge oily waste off the coast of England.

The engineer quit his position when the ship reached Southampton, England. The chief engineer and senior first engineer ordered a cover-up, including removal of the magic pipe and directing subordinates to lie. The MCA shared evidence with the USCG including before and after photos of the bypass used to make the discharge and showing its disappearance, the US Department of Justice said.

A perceived motive for the crimes was financial – the chief engineer that ordered the dumping off the coast of England told subordinate engineers that it cost too much to properly offload the waste in port and that the shore-side superintendent who he reported to would not want to pay the expense, the US Department of Justice said.

The USCG conducted an examination of the Caribbean Princess upon its arrival in New York City, New York, on September 14, 2013, during which certain crew members continued to lie in accordance with orders they had received from Princess employees, according to the country’s Department of Justice.

According to papers filed in court, the Caribbean Princess had been making illegal discharges through bypass equipment since 2005, one year after the ship began operations. The discharge on August 26, 2013, involved approximately 4,227 gallons, 23 miles off the coast of England within the country’s Exclusive Economic Zone. At the same time as the discharge, engineers simultaneously ran clean seawater through the ship’s overboard equipment in order to create a false digital record for a legitimate discharge.

Caribbean Princess used multiple methods over the course of time to pollute the seas. Prior to the installation of the bypass pipe used to make the discharge off the coast of England, a different unauthorized valve was used. When the US Department of Justice investigative team conducted a consensual boarding of the ship in Houston, Texas, on March 8, 2014, they found the valve that crew members had described. When it was removed by Princess at the department’s request, it was found to contain black oil.

In addition to the use of a magic pipe to circumvent the oily water separator and oil content monitor required pollution prevention equipment, the US investigation uncovered two other illegal practices which were found to have taken place on the Caribbean Princess as well as four other Princess ships.

One practice was to open a salt water valve when bilge waste was being processed by the oily water separator and oil content monitor. The purpose was to prevent the oil content monitor from otherwise alarming and stopping the overboard discharge. This was done routinely on the Caribbean Princess in 2012 and 2013. The second practice involved discharges of oily bilge water originating from the overflow of graywater tanks into the machinery space bilges. This waste was pumped back into the graywater system rather than being processed as oily bilge waste. Neither of these practices were truthfully recorded in the oil record book as required. All of the bypassing took place through the graywater system which was discharged when the ship was more than four nautical miles from land. As a result, discharges within US waters were likely, according to the Southern District of Florida, US Department of Justice.

As part of the plea agreement with Princess, cruise ships from eight Carnival cruise line companies (Carnival Cruise Line, Holland America Line, Seabourn Cruise Line and AIDA Cruises) will be under a court-supervised Environmental Compliance Program (ECP) for five years. The ECP will require independent audits by an outside entity and a court-appointed monitor.

The plea agreement was announced by the representatives of the Southern District of Florida in Miami, Florida and the US Department of Justice’s Environment and Natural Resources Division. 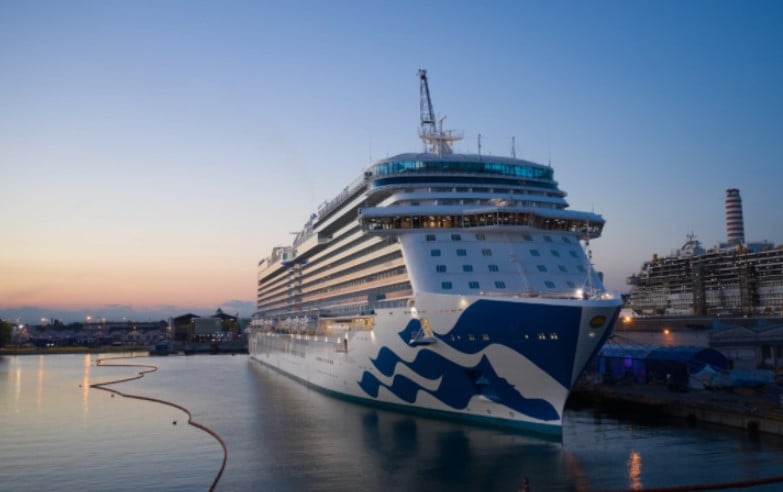