The hull for the Prosperity FPSO, the third production unit to operate offshore Guyana once completed, has arrived at the Keppel yard in Singapore.

SBM Offshore, the company hired to deliver Prosperity to end client ExxonMobil, said on Thursday that the next phase of construction would now start with the integration of topside modules.

The company added that drydock activities were scheduled to begin in the fourth quarter of this year, with the installation of major structures that will support the mooring and subsea risers.

“Despite the various challenges posed by the ongoing global pandemic, the unit remains on schedule to be completed in 2024”, SBM Offshore said.

Currently, the Prosperity FPSO is located in the yard right next to its sister vessel Liza Unity. Once completed, the FPSO will join the Liza Unity and the smaller Liza Destiny offshore Guyana. To remind, the Liza Destiny has been operational since the end of 2019.

SBM further stated that, due to the standardisation philosophy of its Fast4Ward program, the Prosperity FPSO by in large replicates the design used for the Liza Unity FPSO.

“This approach has showcased the value of Fast4Ward, ensuring that the final product is delivered faster to our client ExxonMobil. Once installed, the vessel is intended to produce roughly 220,000 barrels of oil per day and will be able to store around 2 million barrels of crude oil”, the company stated.

It is worth reminding that SBM Offshore will operate the FPSO at the Stabroek Block in Guyana for up to two years, after which the FPSO ownership and operation will transfer to ExxonMobil. First oil from the project is expected in 2024.

ExxonMobil is the operator and holds a 45 per cent interest in the block while Hess and CNOOC hold a 30 and 25 per cent interest, respectively. As for the Liza Unity, it will be Guyana’s second FPSO in production with an expected start in early 2022. 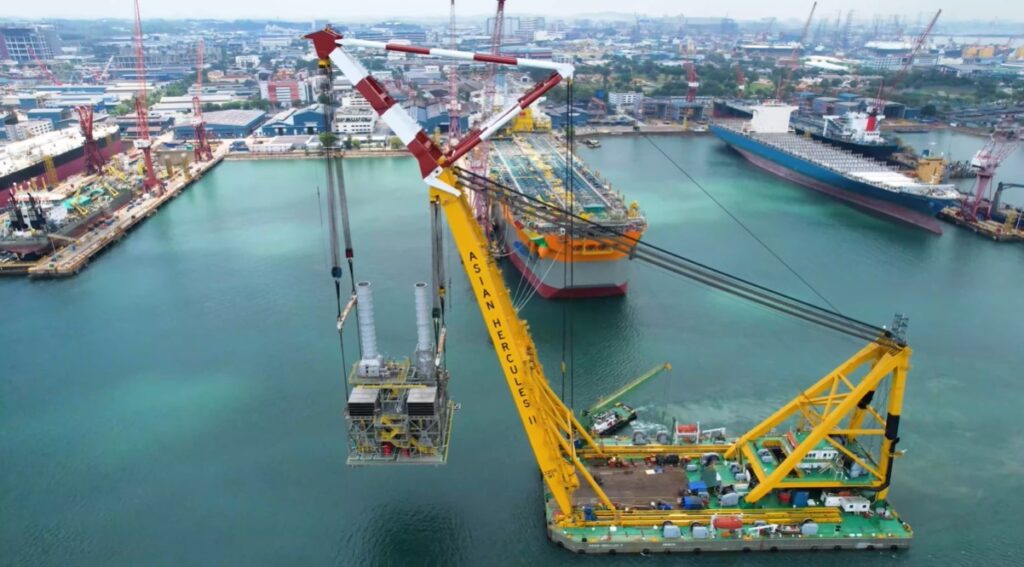