Prysmian secured this project in January 2011 as part of overall contracts awarded to consortia between the Group and Siemens Energy for the grid connection of offshore wind farms to the mainland.

SylWin1 now links the offshore wind parks DanTysk and Butendiek, followed by Sandbank, located about 160 km offshore, to the mainland Germany passing to the east of Helgoland and continuing along a 45 km land route to the land converter station in Büttel, north-west of Hamburg and is now ready to start commercial operations, the company informed.

The project marks a series of significant milestones, being the highest ever rated system for VSC technology, with a power rating of 864 MW, operating at the highest commercially available voltage level of ± 320 kV DC and employing an extruded cable connection along a total route of approximately 205 km (160 km offshore and 45 km onshore).

SylWin1 is the third grid connection to be handed over this year following the BorWin2 and HelWin1 projects commissioned in late January and early February, respectively; another DC offshore grid connection, HelWin2, is also near completion. Prysmian is currently implementing also the HVDC cable systems for the DolWin3 and BorWin3 projects. 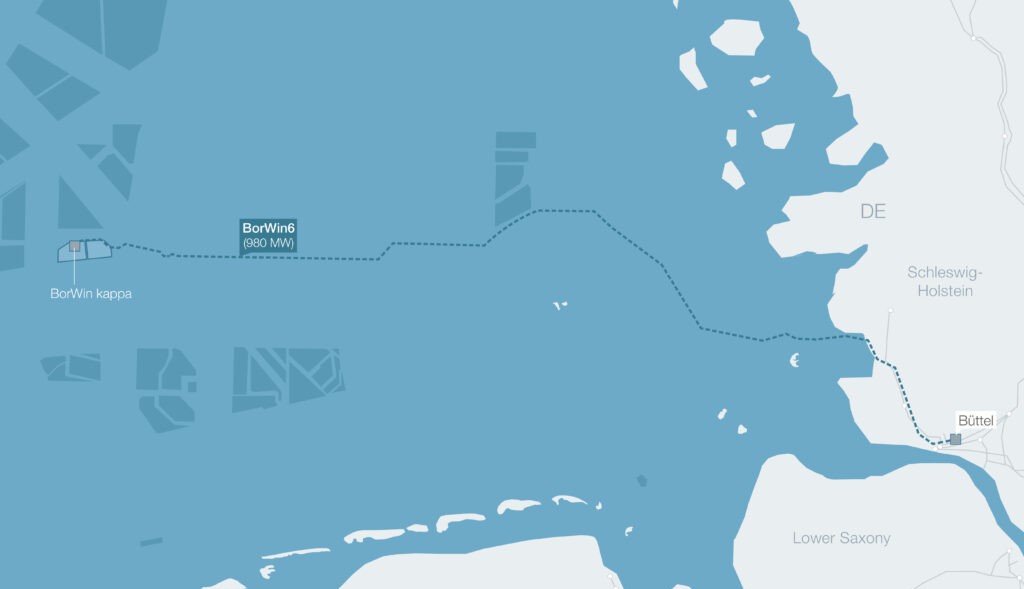