The company launched the campaign following the acquisition of the Dutch Oosterschelde Tidal Power (OTP) project, through its subsidiary Tocardo.

The OTP deal closed in the last quarter of 2020 after QED’s acquisition of the world renowned Dutch tidal turbine developer Tocardo in a joint venture with Hydrowing.

The company’s self-deploying foundation system, Subhub, saves circa 60% on deployment, operating and maintenance costs alone de-risking dependency on and simplifying offshore operations, according to the company.

On top of this, it adds up to 48% yield to the bottom line transforming the cost of tidal energy and enabling QED Naval to compete with other forms of renewables, at scale, by 2030, QED Naval noted.

Jeremy Smith, MD at QED Naval, said: “Tidal energy is not only renewable, it is the only one that is 100% predictable, can guarantee power output every day of the year, and globally will be worth $76bn by 2050.

“So, when the wind is not blowing and the sun is not out, tidal can quite simply fill the gaps in our grid requirement and prevent us having to switch to diesel, gas or coal power.

“The acquisition of the OTP project in late 2020 brought QED Naval an EU base and additional customer pipeline with further global opportunities which is very exciting for the business and shows clearly our drive to build international growth for the business.

“We are already in discussions with parties in South East Asia and Japan and currently developing a partnering agreement in Singapore”.

The OTP project is installed on the iconic Dutch Oosterschelde storm barrier which measures nearly eight kilometres in length and connects the Zeeland islands of Schouwen-Duiveland and Noord-Beveland.

Part of the Delta Works, it was built to protect the Zeeland region from the sea after the North Sea Flood in 1953.

The successful acquisition of the OTP project was a result of close public and private sector collaboration between QED Naval, the Dutch Ministry and a prominent global, green investment fund.

Keith Murray, QED Naval’s Chief Commercial Officer, added: “Scotland and the rest of the UK, with 50% of Europe’s tidal energy and ranking number 2 in global resource availability after Canada, has a tremendous opportunity to benefit.  The UK and Scottish Governments are firmly behind the development of tidal energy and QED, with its expertise, products and sites is at the forefront of tidal technology.

“We also see an increasing role for using battery storage and particularly hydrogen solutions as when combined with our turbine solution there is an incredible potential for stand-alone tidal energy units to take island, isolated communities, maritime diesel generators, right off the grid – significantly reducing carbon emissions”. 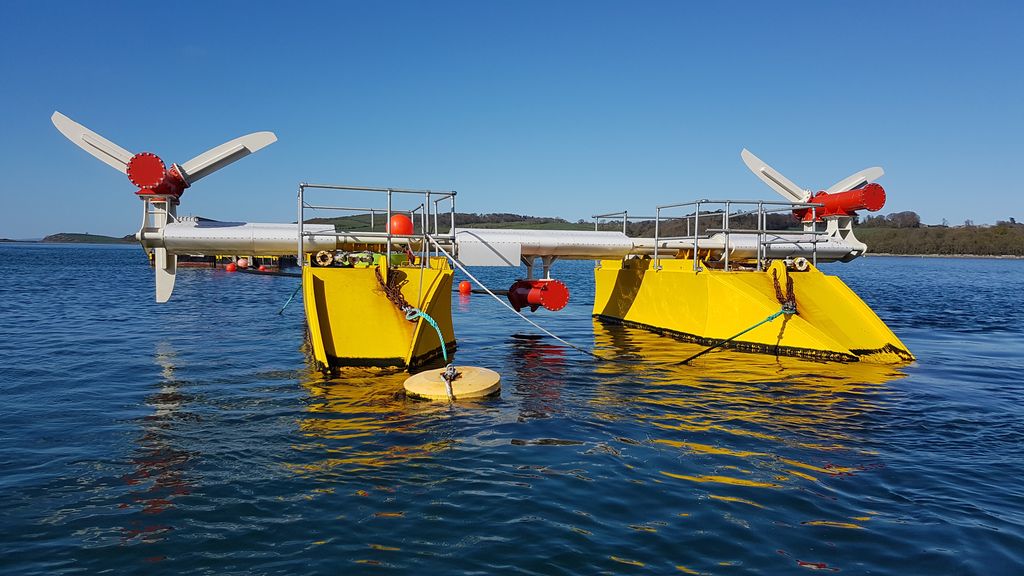