“China is poised to dominate due to its conducive policy initiatives and presence of national or provincial governments’ targets resulting in building a sizeable offshore project pipeline”, said GlobalData.

According to the data and analytics company, installed offshore wind capacity is likely to grow seven-fold by 2030, mainly driven by these three major markets adding new offshore wind farms.

The UK is expected to account for 16 per cent of the new offshore wind capacity, while 11 per cent will be added by the U.S.

GlobalData said it had tracked around 60 GW of ventures in the pipeline under different stages of development.

“The Chinese offshore wind industry is currently dominated by state-owned Chinese energy firms while foreign players are teaming up with the Chinese companies to become part of this long-term sizable market opportunity”, the company states.

“China has exceptional wind resource potential with an estimation of harnessable onshore potential of 2,380GW and 600GW on the sea (offshore). With several deep-sea ventures distancing above 40kms from the shore, key sites for project construction are identified, across the nation, with wind speeds extending from 6-10m/s”. 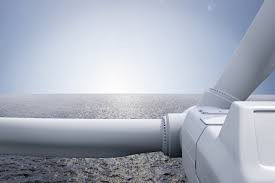