Rambøll will carry out cable route survey work for the Hesselø offshore wind farm in Denmark.

According to a recently issued tender award notice, Rambøll signed a contract for the work with the Danish transmission system operator (TSO) Energinet on 18 September, following a tendering procedure.

This summer, the Danish Energy Agency instructed Energinet to commence site investigations, environmental and metocean studies and analysis for grid connection for the Hesselø project, after the Danish Parliament decided to move forward with the offshore wind farm.

Energinet started offshore surveys at the project site in the inner Danish sea, Kattegat, at the beginning of October, with Fugro deploying two vessels for a geophysical survey campaign at the 248 km2 project area, which will take four to five months.

At the same time, the TSO started surveys along the two proposed export cable routes with potential landfalls at Gilbjerg Hoved or Kyndby. The decision on the export cable route will be made by the Danish Energy Agency later this year.

Hesselø is the second of the three offshore wind farms proposed in the Energy Agreement 2018. The first is the Thor project and the third has now been added to Denmark’s energy island plans, outlined in the 2020 Energy Agreement.

Initially, Hesselø was scheduled for commissioning in 2028, but according to the recently approved Climate Action Plan, both Hesselø and Thor will be commissioned in 2027.

Denmark plans to start the tendering procedure for the development of the wind farm in 2021 and select the winner in 2022. 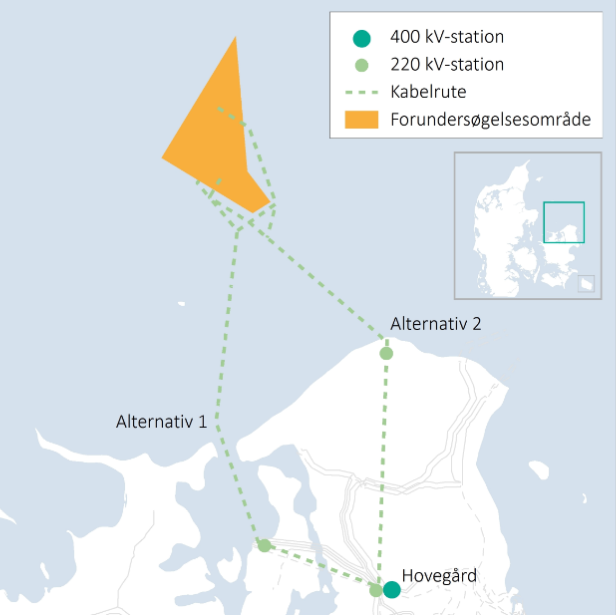