VARD garnered its strongest full year order intake of NOK 14.2 billion since the last peak order period in 2007, and concluded the year with its highest year-end order book value since 2008 of NOK 19.4 billion, equivalent to about 21 months’ worth of revenues for the Group. The year also saw VARD achieve its largest-ever order win in the form of four Pipe Lay Support Vessels (“PLSV”) for DOF Subsea and Technip worth NOK 6.5 billion, contracted in August 2013. In 4Q2013, three newbuildings were contracted and total new order intake amounted toNOK 2.2 billion.

Following 22 deliveries during the year, the Group’s order book stood at 41 vessels as at 31 December 2013, of which 26 are of VARD’s own design. Since then, three more vessels were contracted in the first six weeks of 2014 for a combined order value exceeding NOK 2 billion,further increasing VARD’s order book visibility.

For 4Q2013, VARD recorded a 22.5% on-year increase in revenue to NOK 3.1 billion, up from NOK 2.5 billion in the fourth quarter of the preceding year (“4Q2012”), on the back of igh yard  utilization and good project progress.  While showing an improvement from the previous two quarters, 4Q2013 EBITDA decreased 45% to
NOK 158 million compared to NOK 287 million in 4Q2012, as further delays and cost overruns at the  Niterói yard in Brazil continue to weigh on overall margins. EBITDA margin (representing EBITDA to  total operating revenues) was 5.1% for 4Q2013.

On a full-year basis, revenues remained virtually unchanged at NOK 11.2 billion, and the Group registered NOK 300 million in profit for the period, which represented a 62% decrease from FY2012.

EBITDA for FY2013 stood at NOK 686 million, and the EBITDA margin for the year was 6.1%.Cash and cash equivalents stood at a healthy NOK 1.7 billion. Net asset value rose 17% as at 31 December 2013 compared to the end of the previous financial year.

Operations in Europe and Vietnam stable; Brazil performance key in the short to medium term

The Group’s operations in Norway and Romania remain stable. In Norway, several complex projects with particularly tight delivery schedules were successfully completed. In Tulcea, Romania, an investment program to upgrade the facilities with new blasting and painting halls, a new pipe fabrication center, a new steel cutting center and two 120 tonne cranes is nearing completion and beginning to show the intended productivity enhancements.
At VARD’s Vietnam yard, the completion of infrastructure upgrades including the extension of the floating dock enable the yard to take on larger projects . Operational performance in Vietnam is strong, and yard utilization is improving on the back of the latest PSV contract secured in February 2014. The overload situation at Vard Niterói in Brazil continues to be the main reason for the Group’s weaker financial performance.

However, workload at the yard has peaked, and staff turnover has eased year-on-year. Of the four delayed projects at the yard, one vessel is undergoing sea trials prior to planned delivery in March, while two more are in advanced stages of outfitting.
Construction of VARD’s second yard in Brazil, Vard Promar, is largely completed and operations are being ramped up in order to reach the necessary production volume. Construction of two LPG carriers is progressing at the yard, ahead of the last major yard equipment being installed by mid-year. During 2013, VARD successfully delivered 22 complex projects across its yards, of which 19 came from its European yards, two from Vietnam and one from Brazil. The Norwegian yards accounted for all five vessels delivered in 4Q2013.

The Group has a positive outlook for new order wins in 2014. Exploration and production (“E&P”) spending growth is expected to continue, and demand for larger and more complex offshore support vessels is driven by an expanding rig fleet, in addition to wells growing deeper and fields moving farther from shore.
Of VARD’s core products, in particular the outlook for subsea support and construction vessels remains robust. The company believes there are also opportunities in the high-end AHTS segment, benefiting from higher rig count, demand from Arctic exploration and limited fleet growth in recent years.

Roy Reite, Executive Director and Chief Executive Officer of VARD, said, “Overall, we have done well despite a very challenging operating environment in parts of the Group, and have laid the foundations for future growth and profitability. We have significantly strengthened our market position, reinforced relationships with key industry players, and secured a quality order book based on our solid track record of project execution. We look forward to working with our clients – both new and longstanding – in implementing hese exciting projects.” 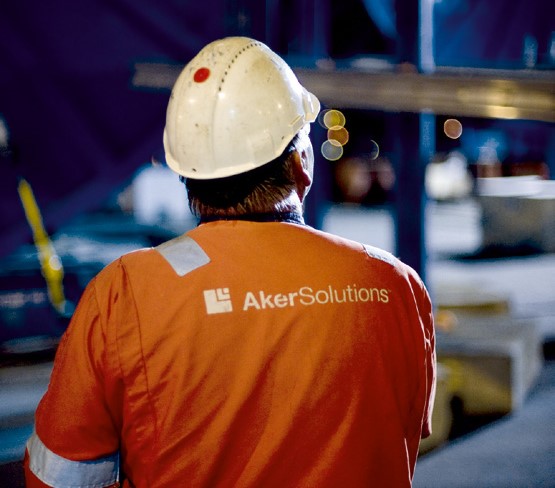