The partnership across the full value chain comprises BP taking a 30 per cent stake in 23 oil and gas production sharing contracts that Reliance operates in India, including the producing KG D6 block, and the formation of a 50:50 joint venture between the two companies for the sourcing and marketing of gas in India. The joint venture will also endeavour to accelerate the creation of infrastructure for receiving, transporting and marketing of natural gas in India.

Mukesh Ambani said: “We are delighted to partner with BP, one of the largest energy majors and one of the finest deep water exploration companies in the world. This partnership combines the skills of both companies and will be focused on finding more hydrocarbons in the deep water blocks of India and significantly contribute to India’s energy security.”

For BP, Reliance is a natural partner in India, given its strong position in the Indian market.

BP will pay Reliance Industries Limited an aggregate consideration of US$7.2 billion, and completion adjustments, for the interests to be acquired in the 23 production sharing contracts. Future performance payments of up to US$1.8 billion could be paid based on exploration success that results in development of commercial discoveries. These payments and combined investment could amount to US$20 billion.

BP’s confidence in India is evident from the fact that the transaction constitutes one of the largest foreign direct investments into India.

The 23 oil and gas blocks together cover approximately 270,000 square kilometres. This will make the partnership India’s largest private sector holder of exploration acreage.

So that the joint venture can capitalise on Reliance’s outstanding project management track record and operations expertise, Reliance will continue to be the operator under the production sharing contracts, whose blocks lie in water depths ranging from 400 to over 3,000 metres. These currently produce about 1.8 billion cubic feet of gas per day (bcf/d), over 30 per cent of India’s total consumption, and over 40 per cent of India’s total production.

“India is one of the fastest growing economies in the world. By allying ourselves with Reliance, we will access the most prolific gas basin in India and secure a place in the fast growing Indian gas markets, creating a genuinely distinctive BP position,” said Bob Dudley. “BP looks forward to a long and successful working partnership with Reliance.” 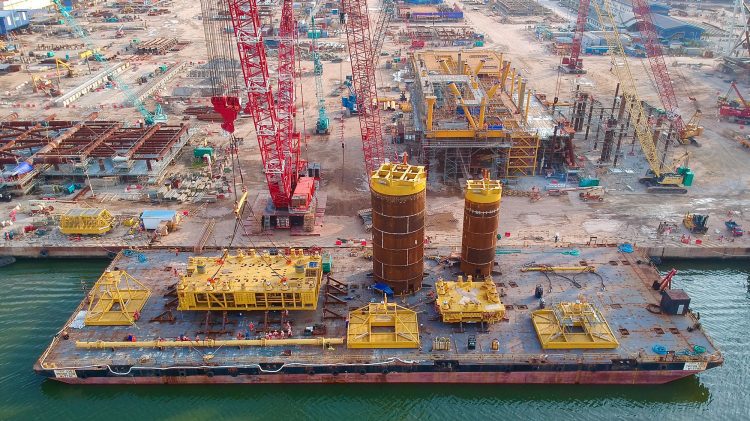