The article has been updated to include Constellation’s confirmation of the deal. The initial report was based on data by Bassoe Analytics.

According to Bassoe Analytics, the drillship owned by Constellation is expected to start its contract with Petrobras in mid-October 2019. Bassoe has estimated that the dayrate for the contract is around $155,000.

The 6th generation drillship will be deployed at Petrobras’ BM-S-11 block in the Santos Basin.

The drillship is currently on a contract with Enauta – formerly known as QGEP – drilling at the Atlanta field, also in the Santos basin. Per Bassoe Analytics data, the Laguna Star is expected to remain with Enauta until the end of September 2019. Its current dayrate is estimated at $140,000.

Bassoe is not the only one showing Petrobras has selected the Laguna star for the BM-S-11 block. Brazil Energy Insight last week reported that the Constellation’s dayrate proposal of around $160.000 beat Transocean, Ensco, Seadrill and Petroserv offers, which had higher rates – some surpassing the $ 200,000 / day mark.

The news website reported that the drillship would be used for development drilling. Laguna Star is an ultra-deepwater DP drillship constructed at Samsung Heavy Industries’ shipyard in South Korea. The vessel is capable of drilling in water depths of up to 10,000 feet and has a drilling depth capacity of up to 40,000 feet.

Offshore Energy Today has reached out to Constellation, seeking more info and the confirmation of the reports.

Constellation confirmed the deal both in a response to OET and via social media as well.

In a LinkedIn post on Monday evening (CET) Constellation said: “It is with great satisfaction that we announce the achievement of a new contract with Petrobras for our ship starter Laguna Star. There will be two years of contract for operation in one of the pioneer pre-salt areas in the Santos Basin. This achievement represents the beginning of a new challenge for Constellation. We congratulate all our talents for their constant dedication to building together the future of our company.”

In a statement sent Offshore Energy Today, Constellation said the contract would have a duration of 730 days. It is expected to start by the end of October 2019.

Guilherme Lima, CEO of Constellation: “We are pleased to resume our high-performance operations with Petrobras in a key moment of our Company.  With the RJ Plan approved and the contract award announced, Constellation is well positioned to grow. The Company has shown in recent contracts awarded that it has succeeded in its strategy of internationalization and the Laguna Star’s contract with Petrobras strengthens our position in the Brazilian market, which is another front we are committed to.” 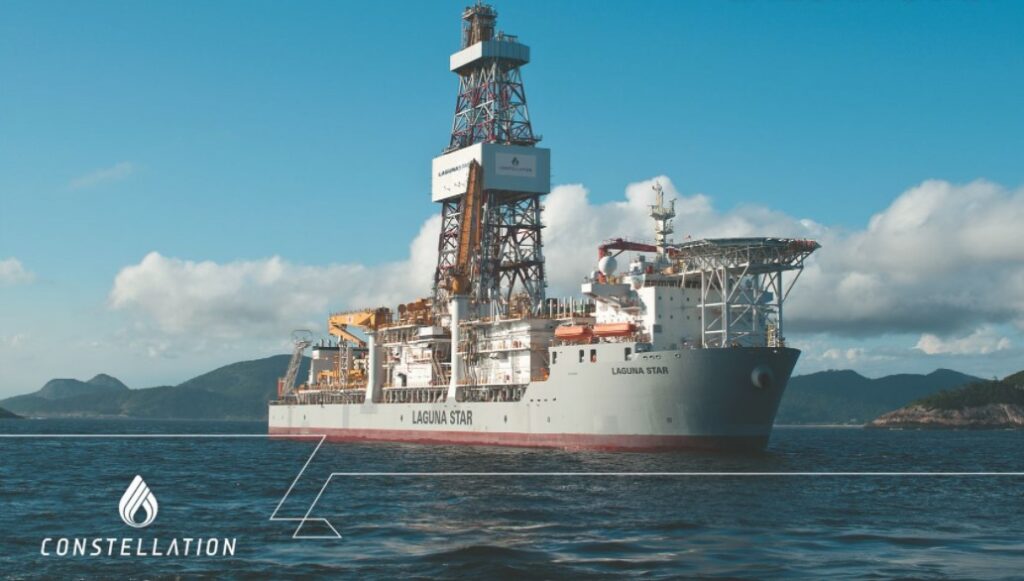