A new partnership has been established to perform research aimed at understanding potential risks tidal devices may pose to fish in the waters of Bay of Fundy in Canada’s Province of Nova Scotia as the site prepares to welcome new tidal energy converters over the next few years.

Research partners that include Fundy Ocean Research Centre for Energy (FORCE), Ocean Tracking Network at Dalhousie University, the Mi’kmaw Conservation Group, Acadia University, and Marine Renewables Canada have started work on a ‘risk assessment program’ – or RAP – to gauge the probability that fish will encounter a tidal device.

“The first years of activity around tidal energy in Nova Scotia focussed on building the facility to plug tidal devices into the power grid”, said Tony Wright, general manager of FORCE. “Now, our main focus is marine science”.

“Our team at FORCE is now primarily science-based, including a core group of research scientists and ocean technologists, working to better understand the physical and biological conditions of this site. Working with others, we’re building a tool to assess the risk of fish interaction before a tidal device even goes in the water. That’s how we get this right”, Wright added.

The RAP project is building a high-resolution radar network to map currents, eddies, and waves in the Minas Passage. All these features affect the distribution of fish.

At the same time, the RAP team is gathering the largest fish data set on fish movement in the Bay of Fundy, analyzing hydroacoustic tagging data for multiple species, according to FORCE.

“Once we combine these two data sets, we’ll be able to estimate, for the first time, the probability that a fish will encounter a turbine”, said FORCE science director Dan Hasselman.

Funded in part by the Government of Canada and the Province of Nova Scotia, RAP involves assembling the largest ever data set of fish distribution in the Bay of Fundy.

“We’re engaged in this effort because of the Bay of Fundy’s potential role in helping us move away from fossil fuels and respond to the threat of climate change. The fact is tidal energy is probably the most dependable source of renewable energy on the planet. But there’s work to do before it can stand beside wind and solar as a safe, viable, and affordable solution – and the RAP program is a vital step in the right direction”, Wright concluded. 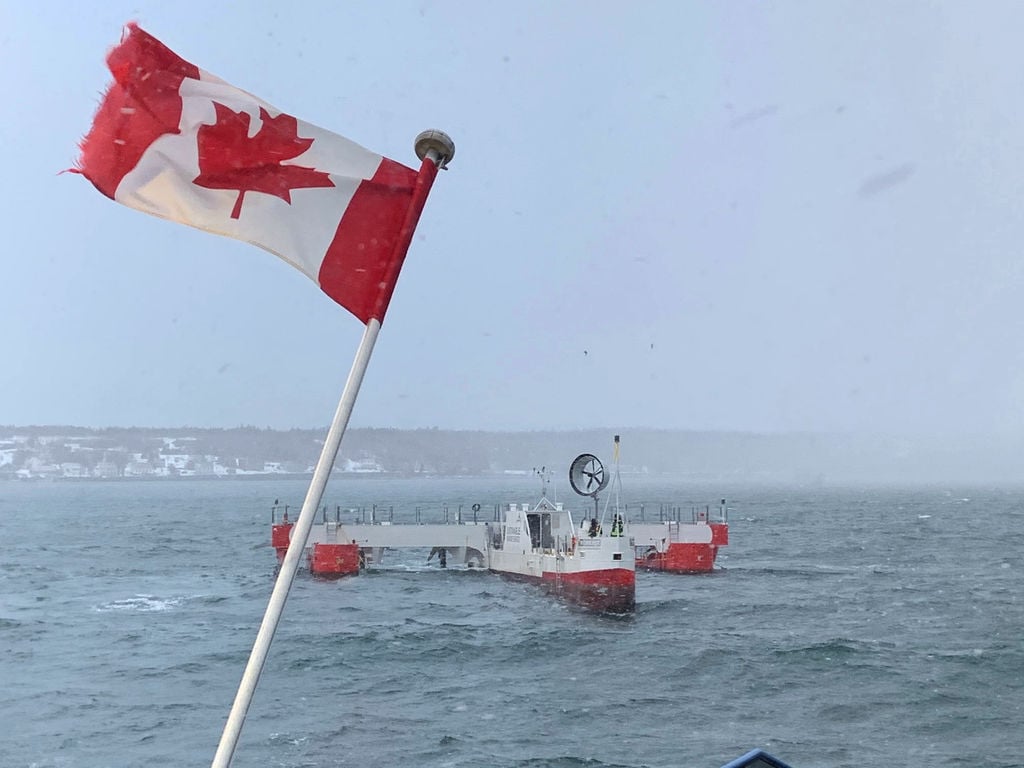