Researchers Team Up in Ocean Study Off Gran Canary

The three partners signed an agreement at the Presidency of the Government of the Canary Islands while a long-term mesocosm experiment on the effects of ocean acidification is running at PLOCAN under the direction of GEOMAR.

While a large in-situ experiment on the effects of ocean acidification carried out in cooperation between GEOMAR Helmholtz Centre for Ocean Research Kiel and the Oceanic Platform of the Canary Islands (PLOCAN) goes for its final spurt, the two institutions initiated a joint collaboration with the University of Las Palmas de Gran Canaria (ULPGC). The three partners aim to develop new scientific activities in the field of marine research, technology development as well as training and to promote an understanding of the oceans and their socio-economic importance.

The agreement was signed by the Executive Director of GEOMAR, Prof. Peter M. Herzig, the Vice Chancellor for Research at ULPGC, Antonio Falcón, and the Director of PLOCAN, Octavio Llinás, at the Presidency of the Government of the Canary Islands in the presence of the Head of the Canary Government, Paulino Rivero Baute.

“The marine research infrastructure and expertise available at the University of Las Palmas and PLOCAN make Gran Canary a prime location for open ocean research and marine development in Europe”, Prof. Peter M. Herzig states. “By teaming up with these two esteemed institutions, GEOMAR expects to foster new scientific activities addressing burning questions regarding the changing ocean and its economic and social importance.”

For PLOCAN, the agreement is part of a strategy to support networking between internationally leading research groups and local teams with the aim of developing highly valued socio-economic projects in the Canary Islands. “In this globalized world, the Canary Islands must play their role of fully developing the marine potential, spreading the knowledge and promoting employment and economic activity that will also entail global repercussions”, PLOCAN’s director Octavio Llinás explains. “Although there is a long way to go, major steps are being taken to place the Canaries in a relevant position within the European Commission’s Atlantic Strategy. Now it is time to follow this inertia, combining efforts and willingness to carry on this way.”

The Vice Chancellor for Research at the University of Las Palmas de Gran Canaria, Antonio Falcón, welcomed the agreement as a sign of advancement. “It gives us the opportunity to create joint research teams and participate in long-term projects in this area. The exchange of researchers, joint research programmes and joint doctorates build the foundations for a research structure that allows us to enhance and consolidate the excellent work that is already being done. The Horizon 2020 programme and the Atlantic Strategy provide an excellent framework for the partners to prepare proposals of high scientific and economic value.”

The agreement acknowledges a cooperation that has been in good progress for some months already: Since the beginning of 2014, an international team of scientists has been investigating the effects of ocean acidification in the oligotrophic open seas off Gran Canary with the support of PLOCAN and ULPGC. At the end of September, nine KOSMOS mesocosms (KOSMOS: Kiel Off-Shore Mesocosms for Future Ocean Simulations) were deployed at Gando Bay. These floating structures allow for long-term carbon dioxide perturbation experiments under natural conditions. Until the end of November, the scientists measure about 50 different biological, chemical and physical parameters and collect samples for further analyses. For the first time, a deep-water collector was used to simulate an upwelling event in the “giant test tubes”.

”PLOCAN provided us with perfect working conditions and helped us to put our ideas into practice or to solve daily-routine problems”, Prof. Ulf Riebesell, Professor of Biological Oceanography at GEOMAR and coordinator of the KOSMOS mesocosm experiments points out. “In this way, we will be able to obtain important new insights and a deeper understanding of the consequences of global change for marine ecosystems and the services they provide to human society.” 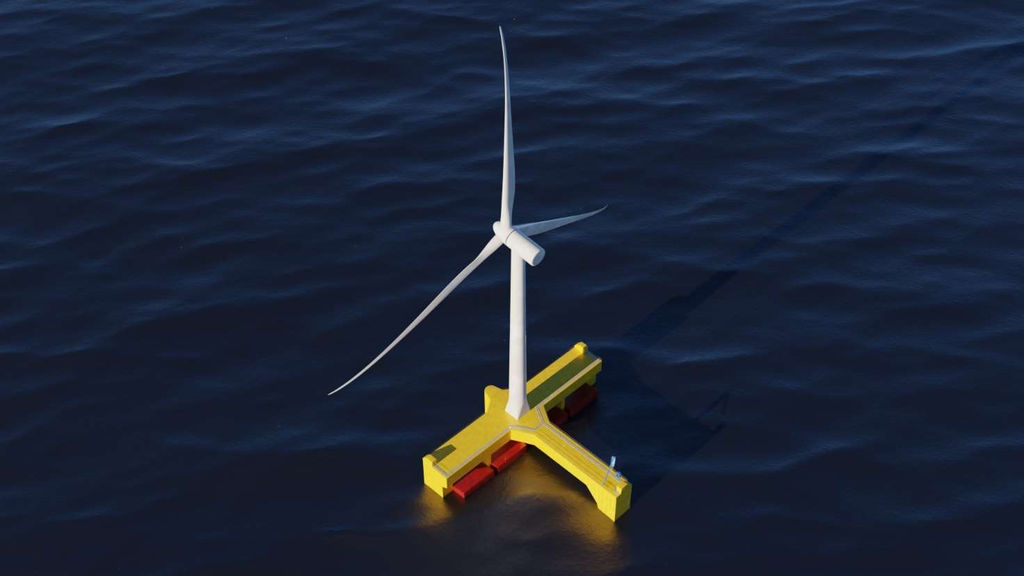