Under the agreement, MES will provide its services in designing high-tech gas and chemical tankers with new technologies. On the other hand, RINA will share its knowledge for the energy transition towards compliance with the International Maritime Organisation’s (IMO) decarbonization goals.

Specifically, the partners will focus on three innovative ship designs. The first project involves developing a 13,000 dwt chemical tanker and methanol bunkering vessel (CMBV). The vessel, which is planned to be methanol-powered, will also be able to supply bunkering of methanol fuel to other vessels.

Designing a 13.000 dwt liquefied natural gas (LNG) dual-fuel chemical tanker is included in the second project. The companies revealed that this type of tanker will be constructed to be “ammonia-ready”, which means it will be capable of being retrofitted as an ammonia-fueled ship in the future.

The final vessel, a 13.000 dwt LNG dual-fuel chemical tanker, will carry the notation “LPG-ready”, which means it would be capable of running on liquified petroleum gas (LPG) in the future.

As previously announced, the Italian classification society has been awarded a framework contract by the European Maritime Safety Agency (EMSA) to support LNG bunkering initiatives.

Namely, these initiatives will deal with increasing the availability of LNG in the medium term with small-scale bunkering and depots.

The ultimate goal is to expand the use of LNG throughout the Mediterranean, Black, and Caspian Seas. Furthermore, the project aims to reduce environmental impact by making LNG more widely available, as well as promoting LNG road supply chain.

The framework contract will run for a period of four years. It currently covers 22 countries in the regions. 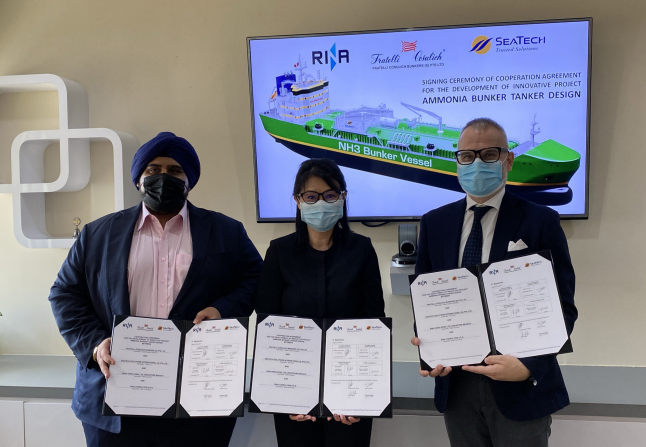