Rolls-Royce has unveiled the first of a new family of medium-speed engines for the marine market that will include versions powered by diesel and gas. The new engines reportedly offer a 20 per cent increase in power per cylinder, while reducing fuel consumption, emissions and through-life operating costs compared to existing engines in the Rolls-Royce Bergen range.

The first engine, the B33:45 powered by diesel, was officially launched at the SMM exhibition in Hamburg, the maritime industry’s largest event of the year.

Mikael Makinen, Rolls-Royce, President – Marine said: “Ship owners want better performance at a lower price and society wants cleaner oceans. We have been developing this engine over the past three years, and part of its future success will be down to the excellent collaboration and sharing of engine technology between our experts in Bergen, Norway and Friedrichshafen, Germany.“

The 20 per cent increase in power per cylinder, compared to the current B32:40-series engines, means the same power demand can be met with fewer cylinders. This will give significantly lower maintenance costs and will be more compact where engine room space is at a premium.

Thor Humerfelt, Rolls-Royce, Programme Director – Bergen Engines, said: “Our overall design goal was to develop an engine that offers our customers reduced life cycle costs. Engines are one of the large contributors to a ship’s operating and maintenance costs, so we believe that the features of this family of engines will prove popular as we expand the range.”

The B33:45 will follow a modular design for ease of production and maintenance. The in-line engine platform will consist of 6, 7, 8 and 9-cylinder variants spanning a power range from 3,600kW to 5,400KW.

Later, a V-engine range will be introduced with a wide range of incremental power for the marine and land based power plant market. The diesel and the gas engines will share the same core design.

The first B33:45 will be delivered to Norwegian customer Prestfjord Havfiske AS, for a new Rolls-Royce designed fishing vessel, in June 2015. 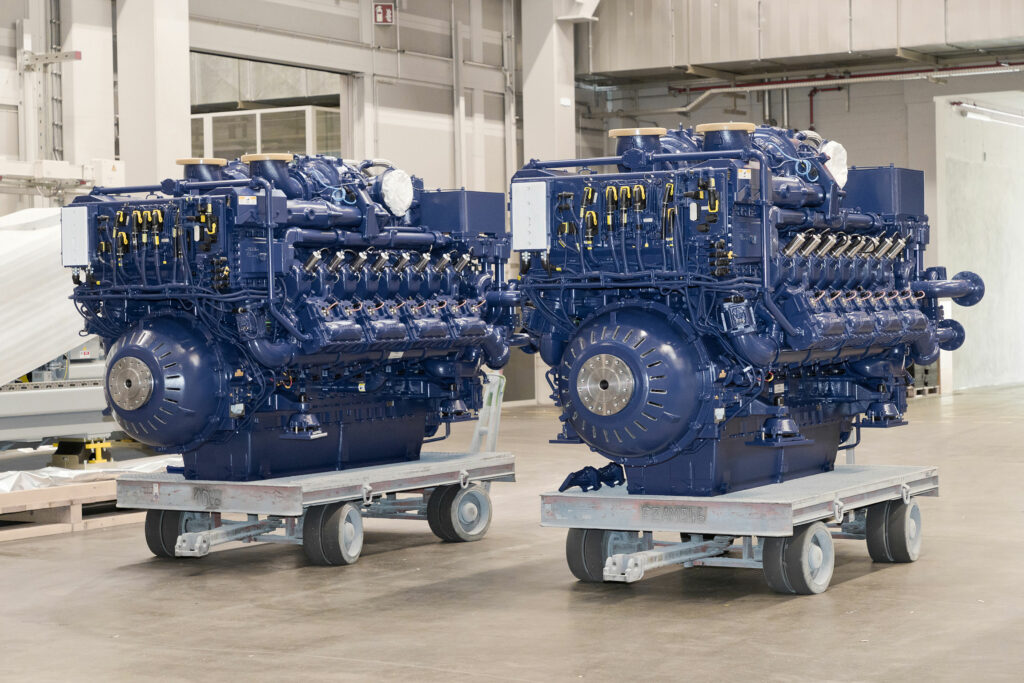