Norwegian company Saga Pure, formerly known as Saga Tankers, has committed to subscribe for NOK 35 million (about $4 million) in a private placement of new shares in compatriot carbontech startup Horisont Energi AS.

Following the private placement, Saga will own 11.7% of the company.

“Even in a decarbonized world we will continue to need ammonia, both for fertilizer applications, but ammonia also has a significant potential as a zero-emission energy carrier – as long as it is produced from renewables or from natural gas with cost effective carbon capture and storage.”

“Horisont Energi has developed an attractive value chain solution for production of blue ammonia as well as CO2 handling, and we see great potential for this company going forward,” Simonsen added.

Horisont Energi is a company based in Stavanger, Norway. The company will combine ammonia production technologies that enable effective CO2-capture along with a transport and storage solution which results in a significantly lower cost of carbon capture and storage (CCS) than that of today’s available solutions.

The first blue ammonia plant within the project “Barents Blue” is planned to be established in Finnmark in the north of Norway in a partnership with Equinor. The company is already in dialogue with several other large international companies for further blue ammonia and CCS projects.

Ammonia is a hydrogen rich gas, which may be produced from natural gas and it is made “blue” through the carbon capture and storage of the CO2 originating from this process. As an energy carrier, ammonia has the potential to become an emission-free fuel for the shipping industry.

Horisont Energi will use the net proceeds from the private placement to build the organization and make preparatory work to reach a final investment decision for the first project in Northern Norway.

Earlier this month, Saga Pure also acquired a 21.4 per cent stake in Bergen Carbon Solutions AS (BAS), a company that has developed a technology for converting CO2 to carbon nanofibers.

The acquisitions are in line with Saga Tankers’ recently unveiled strategy that includes rebranding and investments into renewable energy sectors. 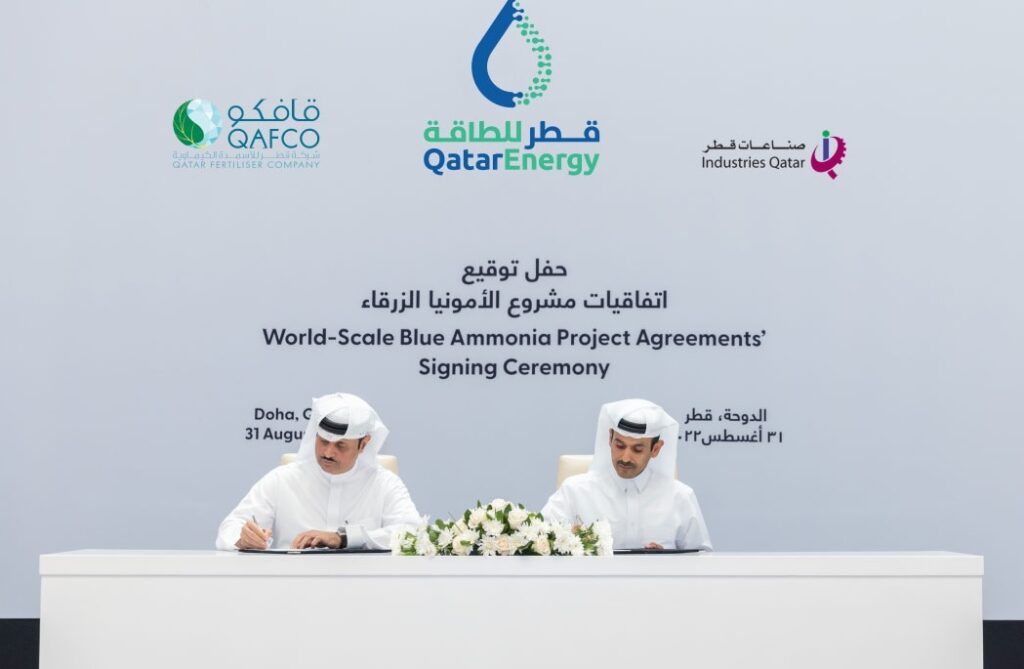 QatarEnergy to build ‘world’s largest blue ammonia facility’
Posted: about 1 month ago
Saipem to conduct extended concept study for Barents Blue project
Posted: 2 months ago
KBR gets to work on blue ammonia project in the US
Posted: 2 days ago