Dutch-based SBM Offshore said that it has completed the project financing of FPSO Liza for a total of USD 720 million with a consortium of twelve international banks.

The company expects to draw the loan in full, phased over the construction period of the FPSO.

“The financing will become non-recourse once the FPSO is completed and the pre-completion guarantees have been released. The post completion project loan has a tenor of ten years, with a variable interest cost of LIBOR plus 1.65 percent,” SBM Offshore said in a statement.

The Bahamas-flagged Tina Very Large Crude Carrier (VLCC) arrived in November at Singapore’s Keppel shipyard for conversion to an FSPO. The conversion includes upgrade work on the hull and integration of topsides.

Once completed, FPSO Liza is ultimately destined for the Liza Phase 1 project in Guyana, in the Stabroek block circa, and will be able to store 1.6 million barrels of crude oil.

The FPSO is owned and will be operated by SBM Offshore. The lease and operate contract includes an initial period of ten years with extension options up to an additional ten years. 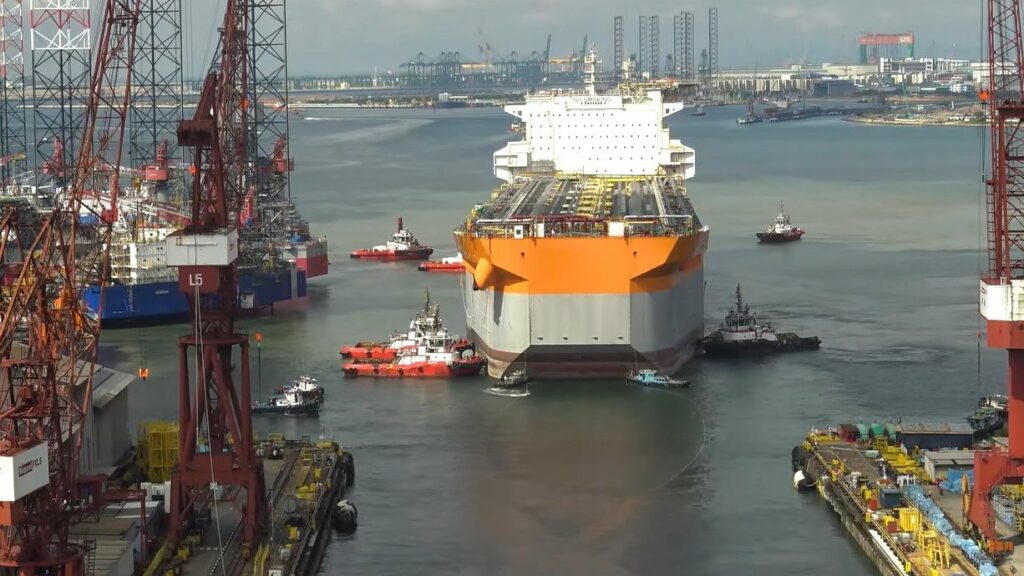