Schottel noted that the vessel was ordered by the German Federal Maritime and Hydrographic Agency (BSH). Its underwater noise optimized to meet the DNV Silent Class Notation.

Atair features a 130-cbm liquefied natural gas tank onboard enabling the vessel to run on LNG alone for ten days. When opting for diesel operation (dual fuel), high-quality diesel fuel oil with a sulphur content less than 0.1 percent is used.

The equipment onboard includes several laboratories, a station for measuring air pollution while at sea, a crane, a bridle beam for geological activities on the seabed, a large 200 square meter work deck and extensive diving equipment – including a diving chamber.

The Atair is 75 m long and 17 m wide, making it the largest research vessel in the BSH fleet. The new research vessel, whose home port will be Hamburg, will replace the previous Atair, which entered operation in 1987.

It is due to be commissioned in the spring of 2020.

It is worth mentioning that the vessel has already completed its initial LNG bunkering in February when Nauticor and Fassmer cooperated on the operation at the shipyard. 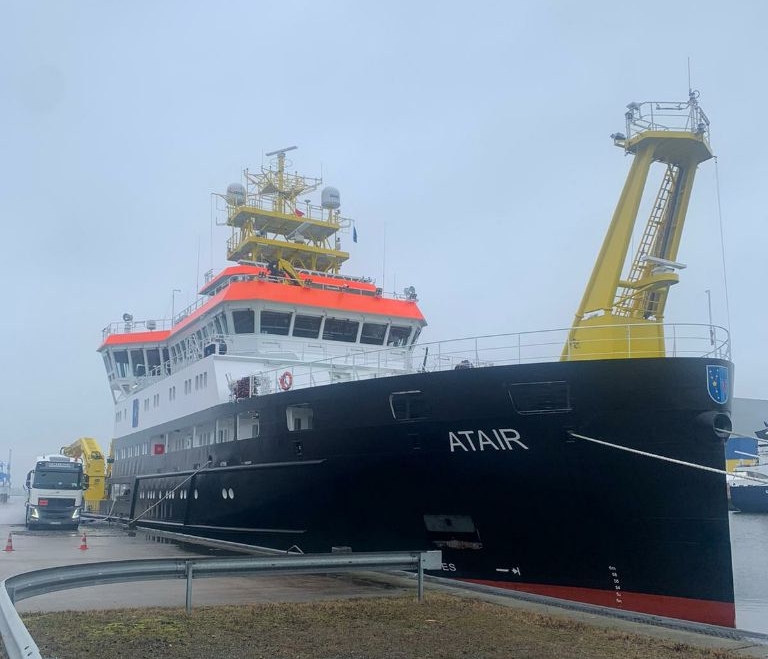