Monaco-based tanker owner and operator Scorpio Tankers informed that vessels in its fleet equipped with scrubbers have been earning more money than those without exhaust gas cleaning systems (EGCS) since the IMO sulphur cap entered into force.

For the LR2 ships in the company’s pool, scrubber fitted tankers earned a premium of about USD 5,300 per day during January 2020 when compared to non-scrubber fitted units, Scorpio Tankers said in its latest financial report.

In 2018, Scorpio Tankers unveiled a program to install scrubbers across its entire fleet. The systems are designed to be “hybrid ready” and can be upgraded to a “closed  loop” configuration, giving the company the return-on-investment and flexibility.

In the fourth quarter of 2019, a total of fourteen Scorpio Tankers’ vessels completed scrubber installation. As of December 31, 2019, the installation was in progress on board twelve tankers.

The increase was driven by higher time charter equivalent (TCE) revenues during the quarter, which rose to USD 219.1 million from USD 167.2 million in Q4 2018. According to the company, the quarter reflected significant TCE revenue improvements despite delays related to drydocks, ballast water treatment system and scrubber installations. 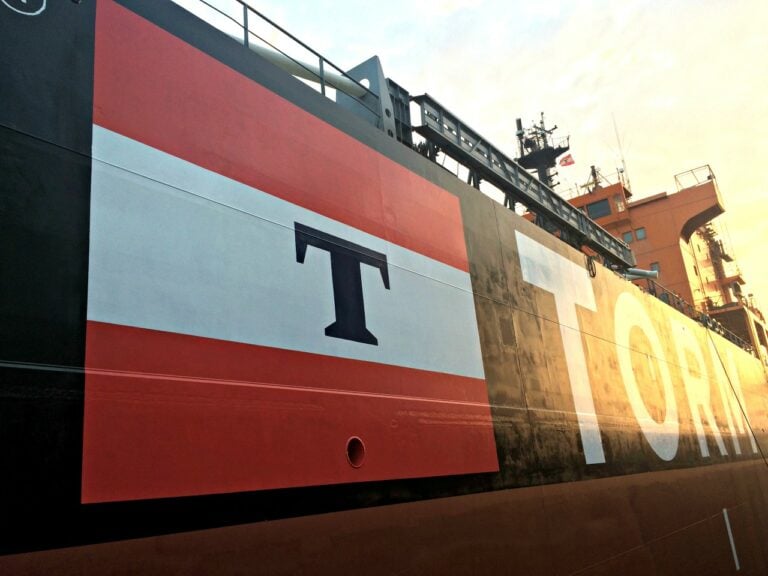 TORM buys seven LR1 tankers for $233 million
Posted: 6 days ago
Frontline: 65pct of our fleet will be scrubber fitted
Posted: 2 months ago
Clean Marine gears up for another flurry of scrubber orders
Posted: about 1 month ago