Offshore support vessel operator Sentinel Marine is adding to its fleet with the purchase and major refit of a multi-role vessel.

The Aberdeen-based firm, which has just seen the eighth of nine new builds start operations in the North Sea, said on Tuesday it expects that Scotian Sentinel will enter service in November as a Group A combined PSV/ERRV.

The vessel, which will perform a dual platform supply and emergency response and rescue role, was purchased from a Canadian seller and is currently in dry-dock where it is being upgraded to fully comply with UK standards.

One further ERRV will complete the firm’s fleet of newbuild ships and is expected to be delivered in the first quarter of 2019, the company said.

According to the company, the recent investment has resulted in dozens of new jobs being created both on and offshore, with 350 people now employed by the firm. The growth in staff numbers at Sentinel Marine’s Aberdeen headquarters has led to the firm relocating to new, larger premises at The Exchange on Market Street.

Sentinel Marine chief executive officer Rory Deans said: “The expansion of our team both on and offshore has been in tandem with the development of our fleet, and we had reached the point where we had simply outgrown our old offices.” 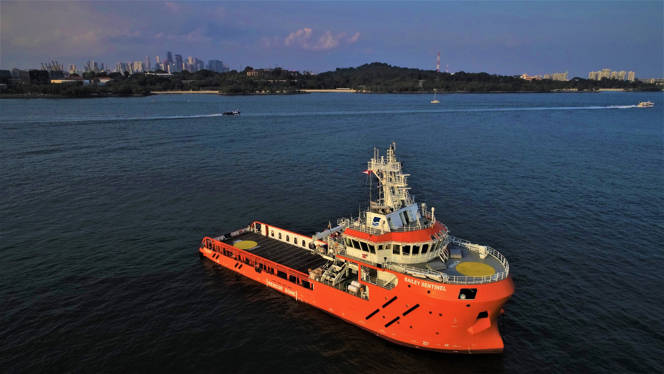