Splash bang in the centre of Grave, a little fortified town with a history dating back to 1140 in the south-east of the Netherlands, we find Shipyard Grave. Established in 1957 on the river bank of the Meuse, the shipyard has built a solid reputation with the construction of numerous river cruise vessels, ferries, chemical tankers and specialty vessels, such as an oil spill response vessel.

“Being a relatively small shipyard, but handling most disciplines in-house, has its advantages”, says project manager Marco Mooij. “Short communication lines between the engineering department and the ‘floor’ make it easier to adapt a design to the client’s wishes.”

The yard’s latest delivery, the river cruise vessel Ariana, was ordered by Bulgarian river cruise operator Dunav Tours, a successor of the ‘Balkantourist’ company established in 1948.

The current newbuild was christened as Ariana in Frankfurt am Main on 17 March 2012. In her first season, Ariana will be chartered to German operator Phoenix Reisen, and she will be sailing on the Danube, between Passau in Germany and the Danube Delta at the Black Sea. En route, stops will be made at such iconic cities as Vienna, Budapest, Bratislava and Belgrade. The Ariana sails under the Bulgarian flag, and therefore also has Ariana in Cyrillic script on the bow.

The design of Ariana is characterised by the fact that 80% of the guest cabins feature a French balcony, her spacious public spaces with ample glazing and the sundeck with a jacuzzi. Contributing to a profitable exploitation is the fact that 162 passengers can be comfortably housed in a 110 metre ship. Without ballast, Ariana’s draught can be as low as 1.35 metres, an important asset on the highly volatile river Danube. When passage under low bridges is required, ballast water is taken on to increase the draught to 1.60 metres. When lowering the wheelhouse, the radar mast, the sun awnings and the handrails on the sundeck, the ship has an air draught of just six metres.

Perhaps the most remarkable aspect of Ariana is that while she was built on a tight budget, this is in no way visible. An important contributor to this fact is interior designer Liane van Leeuwen from Studio L, who for example specified plastic laminate materials (HPL) instead of wood veneers without a negative impact on the design.

In general the styling can be characterised as informal contemporary, a setting in which one can feel immediately at ease. Amenities for the passengers include a wellness centre with beauty parlour, a gym room, a small panorama lounge aft on the upper deck, a main lounge with bistro forward on the upper deck and a restaurant which can seat all passengers in one seating. A central hatch in the lounge floor provides the necessary escape route from the restaurant below.

On the upper deck, there is an outdoor lounge forward of the wheelhouse, and a jacuzzi and jogging track aft of the wheelhouse. Ample space is provided for sun loungers, and a giant checker board is fashioned in the Bolidt deck covering. The outside entrances to the guest lobby are decked with teak for added luxury.

Above the main deck, almost all guest cabins are identical in size, with two joined single beds, an armchair and a vanity desk. There are no suites, as these are not so popular with the mainly European clientele, as they would be with American clientele. A framed mirror above each bed adds a touch of spaciousness. The lower deck guest cabins feature two single beds which can both be folded away against the bulkhead, making space for more floor area and a sofa on either side of the cabin.

The spacious galley is conveniently located at the same level as the restaurant. Waste water from the galley is collected in a tank in the forward bilges, then pumped to the sewage treatment system in the aft. Large walk-in cold and freeze stores are provided forward of the galley. The crew cabins and the crew mess are located aft of the guest area on the lower deck. The laundry and linen store are ideally placed aft on the main deck.

The interior bulkheads are constructed with Knauf Diamond boards from Dutch Marine Systems, resulting in excellent noise and fire properties combined with a low weight and flush finish. Notable is the construction of the glass wall on the forward side of the lounge. Over the entire width, there are no mullions at all. The upper deck is supported by pillars, and between the full-height window panes, there is nothing but sealant. The result is an exceptional view forward of the winding river.

In terms of the propulsion arrangement, Ariana features the tried-and-tested concept of diesel engines coupled to Veth Z-drives with counter-rotating propellers. This delivers the best in efficiency and manoeuvrability within the limitations of such a shallow draught. Because of the total of four propeller blades, the blade loading and rotational speed is less than would be the case with only two propellers, resulting in quieter operation. The Z-drives are driven by compact Caterpillar C32 engines. The bow thruster is a 4-channel jet thruster from Veth, type V-K-1200, and is driven by a Caterpillar C18 engine, the same engine type which is used in the generators. One of the generators is placed in a sound enclosure, and will be used preferentially in harbours. During sailing the choice of generator will depend on the running hours.

All engines are cooled with fresh water which circulates through box coolers from Blokland Non-Ferro. A heat-exchanger in the cooling circuit for the generators is used to pre-heat the water from the central heating system. In summer, when the system is only used to generate hot water for showers, no additional heating is required. The exhausts of the engines pass through exhaust silencers from Axces before exiting in the stern.

The wheelhouse features a helm chair surrounded by a U-shaped console, with two river radars, thruster controls and a CCTV system, with controllable cameras mounted on the stern, bow and at the entrances. During manoeuvring in close quarters, the controls can be used on one of the wing stations.

The main subcontractors on Ariana include Willemsen Interieurbouw for the interior, Klimaatservice Holland for the HVAC installation and Huisman Electrotechniek for the electrical installation. All cabins onboard have access to a Wifi network which picks up broadband internet through a 3G antenna. The sliding watertight doors were supplied by Winel and are hydraulically driven.

Shipyard Grave has recently made the headlines of the national news in the Netherlands. The reason was a conflict with the municipality of Grave. The yard could start the construction of two 135 metre river cruise vessels for Viking, but the local development plan imposes a maximum size of 110 metres. Due to the potential job loss of 60 workers, on 13 April 2012 the municipality finally granted an exemption until January 2015 to build the two 135 metre ships. In spite of this, managing director of the yard Rob van Kessel announced on 17 April that the temporary exemption was too little, too late, and that the judicial foundations are too weak to build upon. The yard has sent its workers home and has applied for judicial administration, thereby ending a tradition of 55 years of shipbuilding in the town of Grave. 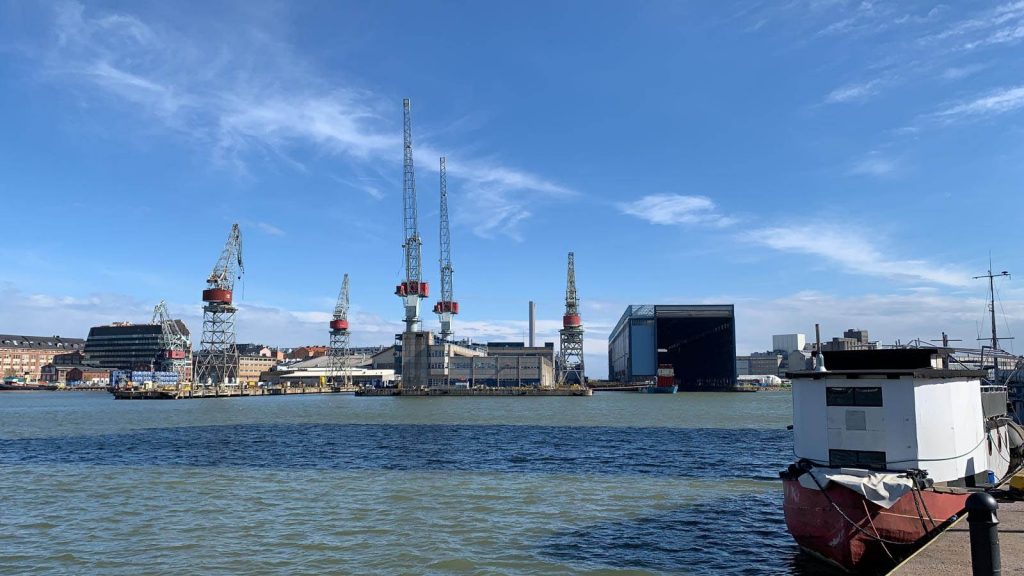