On July 3, Smulders Projects was awarded the contract for the supply of 67 Transition Pieces for the Dudgeon Offshore Wind Farm.

The Dudgeon Offshore Windfarm will be constructed on the coast of Norfolk, South East England. The wind farm comprises 67 monopile foundations on which 6 MW turbines will be placed. This large capacity turbine makes that the transition pieces will be the largest ones in the company’s facilities so far.

The transition pieces for Dudgeon project will be produced from the last quarter of 2015 until the second quarter of 2016, directly following the Gemini project. The client Statoil/Statkraft developed in 2008 the Sheringham Shoal Offshore Windfarm with 88 foundations, also supplied by Smulders Projects. 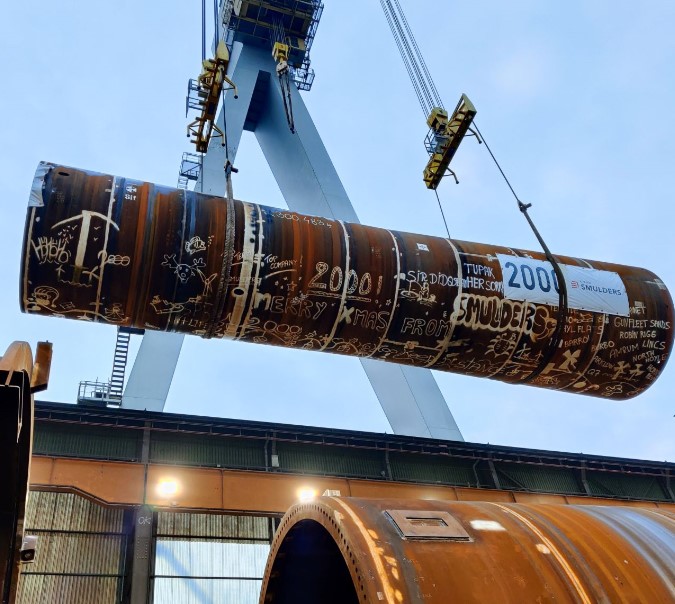