Spirit of Adventure wraps up conveyance down the narrow River Ems

The cruise ship Spirit of Adventure, being built by German shipbuilder Meyer Werft for the British shipping company Saga Cruises, left Papenburg on Sunday, August 30, 2020 and was transferred to Emden.

The popular conveyance of the ship is a major milestone in a ship’s construction and, for the Spirit of Adventure, comes just a month after the ship’s float-out.

Watch the float-out of Spirit of Adventure

The ship is captured in the video below sounding its horn as it sails down the Ems River towards the North Sea turned backward.

Ships squeezing down the river are often positioned backward so the propellers can be used to pull from the front than pushing from the back, with tug boats attached directly to offer greater control of the transfer.

“This type of transfer has proven to be a good choice due to its better maneuverability,” Meyer Werft said.

“This year the number of people on board is significantly reduced, taking into account the Corona prevention. The transfer team always trains the maneuver on the computer-controlled simulator in Wageningen (Netherlands) to be even better prepared.”

From Emden, the ship will later set off for the technical and nautical trials in the North Sea.

The delivery of the ship is planned for the next few weeks and will be closely coordinated with Saga Cruises. 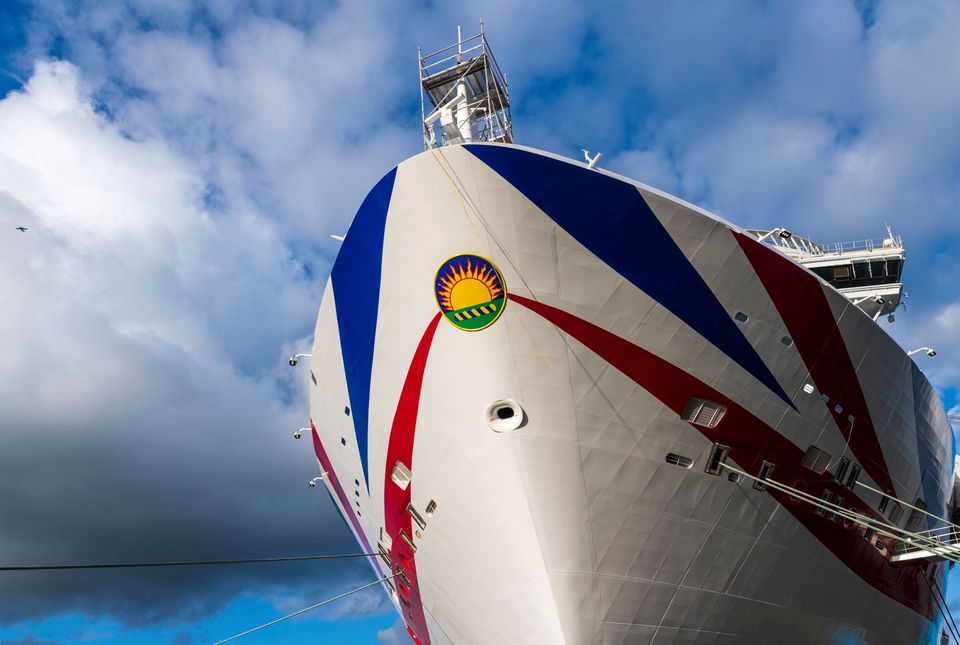