Specialist marine and energy insurer Standard Club P&I has issued guidance on issues encountered due to the disruption to cargo vessels caused by Hurricane Irma.

Where cargo-carrying vessels have deviated from their planned route to avoid and/or shelter from hurricane conditions, this will give rise to the late delivery of cargo and to potential losses to cargo receivers.

Cargo receivers who have incurred such losses, however, will not be entitled to recover where their cargo has been carried under bills of lading.

If it is not possible to load or discharge cargo at an agreed place of loading or discharge specified in a contract of carriage and there is no term in the contract permitting a substitute place to be used, the contract may be viewed as frustrated.

“If a contract is frustrated, the parties will no longer be obliged to perform it, and neither party will be able to recover from the other for any losses arising from non-performance,” the Standard Club said.

Regarding force majeure, there is no general concept of force majeure under English law, or general right to declare force majeure as a way of avoiding or limiting contractual obligations. However, where terms in a charterparty or bill of lading specify what is to be considered force majeure, and set out what rights and obligations the parties are to have if force majeure occurs, those terms “will be effective”.

Furthermore, time charterers of vessels are under an implied obligation to order the vessel only to ports and berths that are safe, and not to ports and berths that are unsafe. If a vessel is damaged at a port or berth due to an abnormal occurrence, however, this will not place the time charterer in breach of its implied obligation.

Under time charters, hire continues to be payable for a vessel unless circumstances have arisen which bring the vessel ‘off hire’ as defined in the charterparty terms.

“Whether or not delays caused to vessels by Hurricane Irma will have brought time chartered vessels off hire will therefore depend upon the charter terms agreed for each vessel, which may need to be scrutinised closely by the owners and charterers concerned,” according to the Club.

Finally, if cargo-carrying vessels have been unable to avoid the effects of Hurricane Irma, with the result that cargo on board has become damaged, the carriers of the cargo may have a defence to claims for that cargo damage under Article IV Rule 2 of the Hague and Hague Visby Rules which states that “neither the carrier nor the ship shall be responsible for loss or damage arising or resulting from…Perils, dangers, and accidents of the sea and other navigable waters.”

The above defence will only be available, however, to carriers who have exercised due diligence to make their vessel seaworthy before and at the beginning of the voyage. 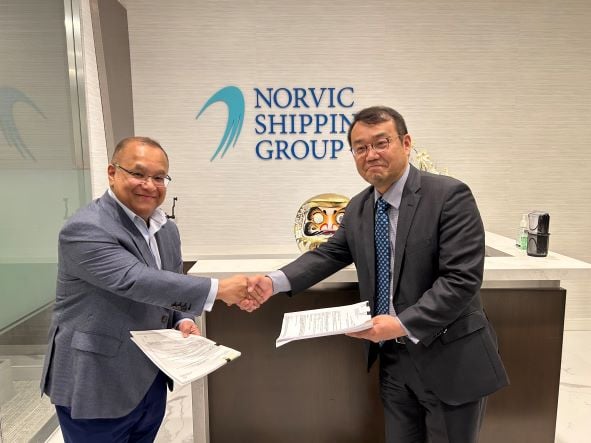