Statoil’s Spar Platform to Get Mooring from First Subsea

Subsea mooring specialist First Subsea has been awarded a contract by Hyundai and Technip to supply the mooring line connectors for Statoil’s Spar platform in the Aasta Hansteen gas field, in the Norwegian Sea.

The platform will be the world’s largest Spar platform and the first of its kind on the Norwegian continental shelf.

The Aasta Hansteen Spar platform will be the largest Spar ever built with a total hull length of 198m. When in production in 2017 it is expected to be capable of producing 23 million cubic metres of gas per day. It has a storage capacity of 160,000 barrels of condensate. The topside dry weigh will be 23,000 metric tonnes, with accommodation for 100 personnel, and the hull dry weight will be 46,000 metric tonnes.

“This is our 11th Spar platform mooring using First Subsea’s ball and taper mooring connectors. The ease with which they can be deployed has always been an important factor. It will be even more so for the Aasta Hansteen Spar platform mooring in the Norwegian Sea,” said Michell Beals, package engineer, Offshore Business Unit, Technip (US).

Statoil serves as the operator, holding a 75% interest; OMV holds 15%; and ConocoPhillips holds the remaining 10% interest. 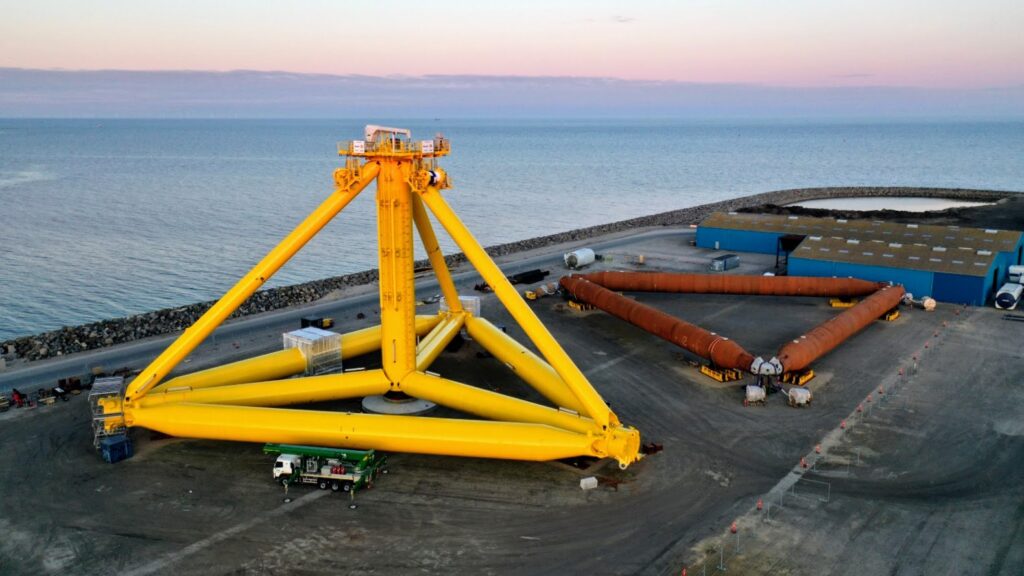