The company had USD 2.14 billion in revenues, slightly above USD 2.1 billion revenue for the previous year.

“In the fourth quarter, while operating results improved at Stolt Tankers, we have yet to see the full impact of the drop in bunker fuel prices, as our ships continued to consume the fuel purchased at higher cost before the significant drop began. At Stolthaven Terminals, the results for the quarter were up. We believe the lag in earnings from the recent investments we made in the division will catch up as the new capacity comes on line and utilisation increases at all of our terminals. Stolt Tank Containers delivered solid results in the fourth quarter, even though the market experienced seasonal weakness,” said Stolt-Nielsen.

Looking ahead, the company expects to see positive effects of lower bunker prices on Stolt Tankers, but the main concern for the shipper still remains the order book which now stands at over 30% in the parcel-tanker segment, making the global economic outlook uncertain.

The challenging chemical tanker market has forced Stolt Tankers to change its cost structure, with some of the saving initiatives expected to improve the company’s bottom line. 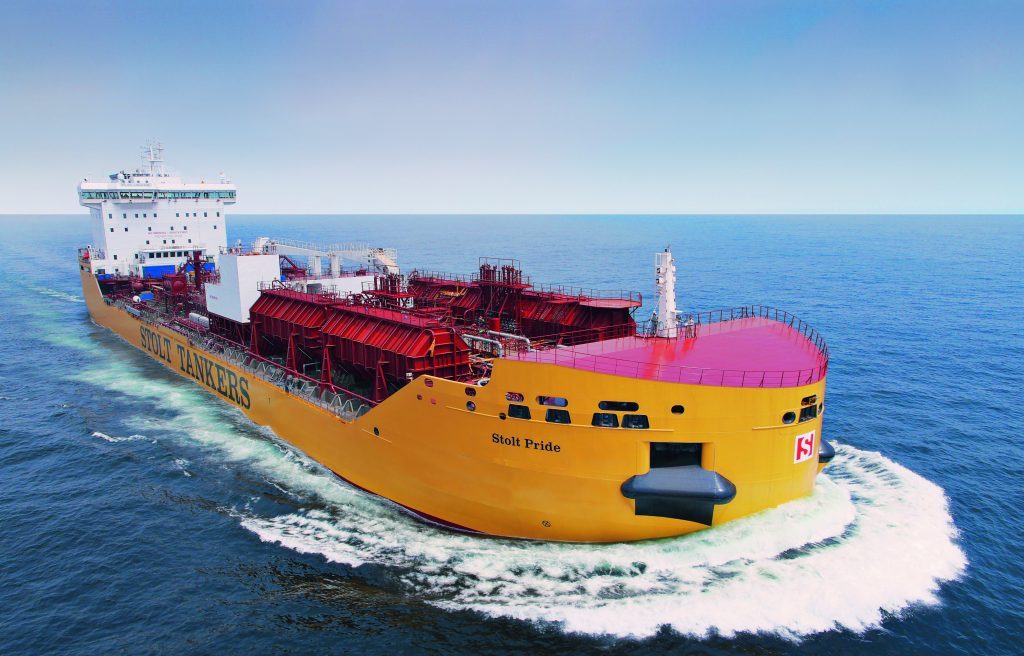