Stolt Tankers has been commissioned by chemicals company BASF to help design and build a new tanker that can operate at extreme low water levels in the river Rhine.

The ship will be built by Mercurius Shipping Group and after scheduled delivery in 2022, Stolt Tankers will operate it exclusively for BASF.

The Rhine is a key waterway for the transportation of chemical in Europe, and during dry weather barges are unable to fully load, increasing transport costs and delaying products.

Stolt Tankers said that the new barge will still be able to pass the critical point in the Rhine near Kaub, carrying 650 tonnes of cargo even at a water depth of 1.60 metres, which is significantly more than any other tanker available today.

“This innovative inland tanker is designed with a unique draft and will set a new mark for the transport of cargo on the River Rhine, especially when water levels are low. Keeping products moving even when river levels are becoming more unpredictable,” Lucas Vos, President Stolt Tankers commented.

“Following our experience with the low water levels of the Rhine in 2018 and based on our assessment that such events may occur more frequently in the future, we have taken a whole range of measures at the Ludwigshafen site to increase the security of supply for production. An important element of our considerations was to have a ship that can still reliably transport substantial quantities even at the lowest Rhine levels,” says Dr. Uwe Liebelt, BASF European Site and Verbund Management.

The dimensions of the new ship are 135 metres by 17.5 metres, which is considerably larger than the standard tankers on the Rhine, which are usually 110 metres by 11.5 metres.

At average water depths it has a transport capacity of around 2,500 tonnes, twice that of conventional inland vessels.

In order to achieve a high load-bearing capacity with these ship dimensions, a hydrodynamically optimised hull with an adapted propulsion was developed, Stolt said.

The ship is powered by three electric motors, which are fed by highly efficient stage v diesel generators of the latest generation with exhaust gas after-treatment. The ship is equipped with ten stainless steel tanks and three separate loading systems. 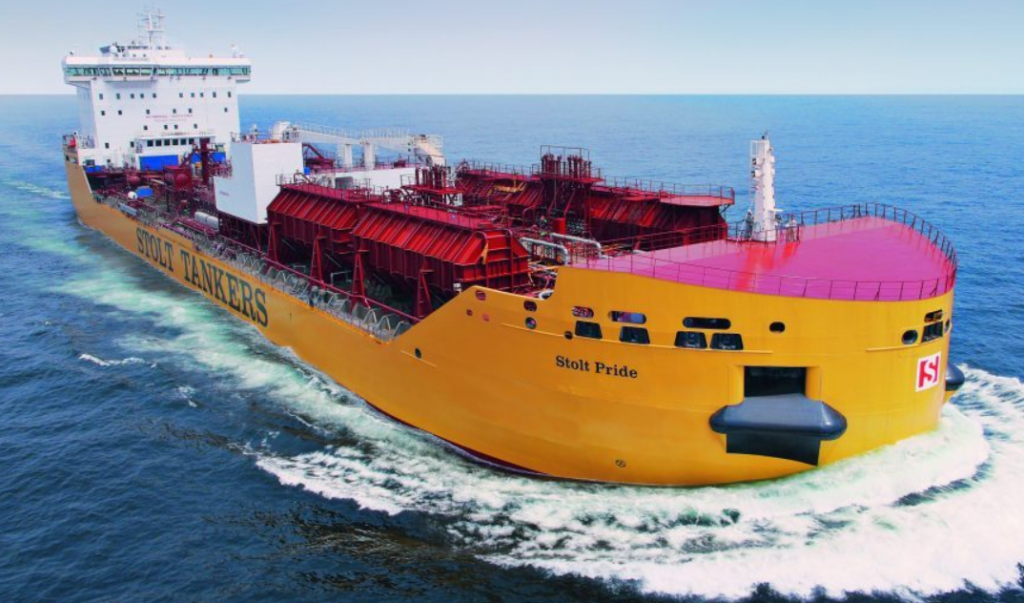