As informed, the vessel Ocean Victory is 104 meters long, 18 meters wide, and has a draft of 5.1 meters. The ship features Ulstein’s X-Bow design that is expected to deliver significant operating efficiencies.

“We have developed a vessel where the hull has been optimised for low fuel consumption with CFD (computational fluid dynamics) analysis. In addition, we have implemented the ULSTEIN X-BOW hull line design, a solution firstly introduced to the offshore segment and only recently to the cruise industry. In addition to fuel savings, the X-BOW softens the movements in head seas, reducing slamming and vibrations, and increases the comfort and rest for passengers and crews,” stated Lead Naval Architect Torill Muren.

All the vessels in the SunStone Infinity series have Tier III engines with SCR catalysts to reduce emissions. They run on low sulphur Marine Gas Oil (MGO), have heat recovery systems and LED lights. In addition, comes the waste water treatment and management system that cleans the waste water before discharging it.

These ships have zero-speed stabilizers and dynamic positioning and are built to Polar Code Category B, with Polar Class 6 (Ice Class 1A on machinery).

The vessel will depart China Merchants Heavy Industry, Haimen, shortly and be on its way to Manilla to
pick up crew, then a short stop in Papeete, and from there to Ushuaia in Argentina where cruising will
begin in late November.

Ocean Victory will commence Antarctica Cruises in November 2021 for Albatros Expeditions and for the
summer season American Queen Voyages will operate the vessel on Alaska Cruises.

Current Infinity newbuilds underway, after the delivery of Greg Mortimer, Ocean Explorer and Ocean Victory, are Sylvia Earle with deliveries, Ocean Odyssey and Ocean Albatros in 2022, and Ocean Discoverer in 2023. 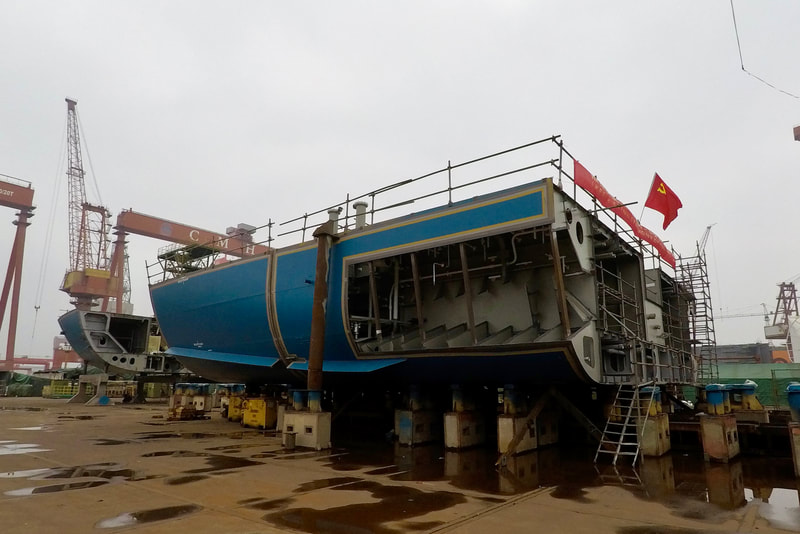