Sweden’s newest freight port Stockholm Norvik Port has been commissioned into service having welcomed its first containership on May 27th, 2020.

The container terminal is now open, both for vessel calls and for shore-based business operations at the port.

Work is ongoing to complete the other part of Stockholm Norvik Port, the RoRo terminal, which is planned to open during the autumn.

“It is a fantastic feeling to be able at last to open Stockholm Norvik Port and to know that we can now assure the sustainable transport of goods to and from the greater Stockholm region for many, many years to come,” said Johan Wallén, Marketing and Sales Manager at Ports of Stockholm.

As the new port is in the middle of the growing Stockholm Miller Valley region, it is expected to bring considerable environmental advantages, as more goods would be transported by sea instead of by road.

“We are looking forward to being able to offer our customers the best possible service, at a newly built port that provides an efficient port infrastructure and state-of-the-art equipment,” explains Lawrence Yam, CEO, Hutchison Ports Stockholm.

The port provides modern and efficient transport solutions through its proximity to the major shipping fairways, a natural depth of 16.5 metres, and good land infrastructure connections, including a newly built railway line.

The construction of the port was launched in September 2016.

Over the past few months, Stockholm Norvik Port has been receiving new environmentally-friendly equipment that would ensure efficiency at the port’s facilities.

The largest container cranes in the Baltic Sea have been in place at Stockholm Norvik Port since March.

The cranes each measure 120 meters tall at their maximum height setting and have a lifting capacity of just over 80 tonnes. The cranes can serve the largest vessels of the world without any height restrictions.

They will be operated remotely from a control centre in the port’s main building, with no operator on the cranes themselves, and 80 per cent of the lifting will be automated.

Initially, the straddle carriers will be manually operated but are intended to be completely automated and operate autonomously within the next couple of years.

What is more, a smart buoy was installed in the shipping fairway just outside Stockholm Norvik Port in March.

As explained, this is an energy-efficient navigation beacon with the technology to position-monitor and remotely adjust the buoy’s light intensity.

The buoy is part of the EU Intelligent Sea project, which is using digitalisation to improve safety and efficiency in shipping fairways. 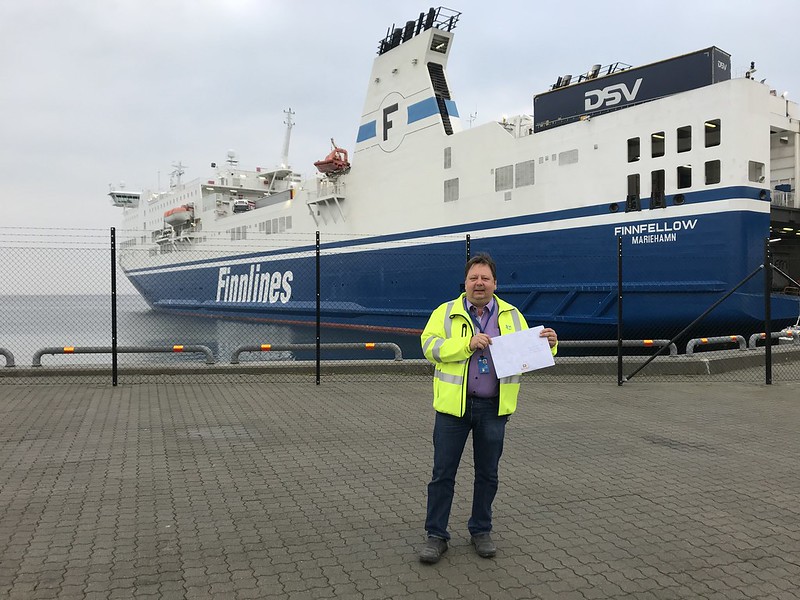