The 17,060 dwt, 1988-built product tanker Paros Wind was carrying fuel oil from Tuapse to a location yet to be disclosed when it collided with the 38,101 dwt, 2013-built bulk carrier CS Jaden, reportedly carrying wheat to Port Said.

No injuries to both crews and no pollution have been reported thus far. The authorities sent ten tugboats to aid the vessels and tow them to Kumkoy road where they lay at anchor. The extent of the damage to the ships is unknown.

The 151-meter Paros Wind flies the flag of Panama and is operated by Leader Ship Management of Ukraine. The 180-meter CS Jaden is operated by Nassau-based Campbell Shipping Company Limited, and it sails under the flag of the Bahamas. 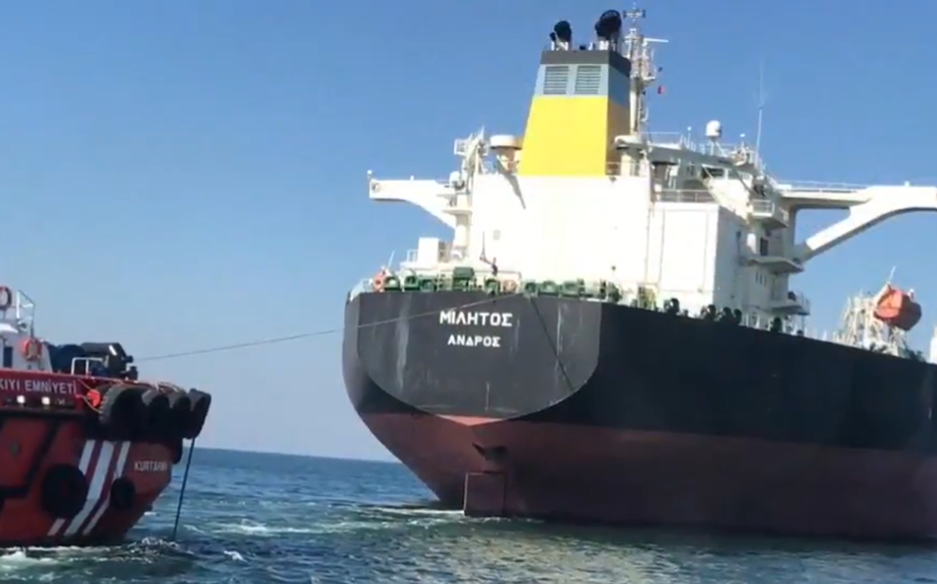