TC Barrow OFTO Limited has taken over ownership of the £33.6m link from Dong Energy and Centrica, owners of the wind farm and it can now operate the link for a period of 18 and a half years. TC Barrow OFTO Limited secured the licence following a competitive tender process under the Offshore Transmission Owner (OFTO) regime, run by Ofgem E Serve. This is the third OFTO licence which Ofgem has granted under the regime. The other two licences, for the links to the Gunfleet Sands and Robin Rigg wind farms, were also granted to Transmission Capital Partners earlier this year.

The OFTO regime has now delivered almost £150m of finance into the UK offshore wind sector from new sources of funding. This signals confidence in the regime, and delivers savings that help to lower the costs of delivering energy from renewable sources.

Barrow was part of the first transitional tender round comprising £1.1 billion of offshore transmission links to nine offshore wind farms. The tender round attracted almost £4 billion of investment appetite and Ofgem E Serve expects to conclude the grant of licences for the other links in the first round over the coming year.

The second transitional tender round has four short-listed bidders competing for the first three projects to link another 1.4 GW of offshore wind farms with a total value of £1bn. 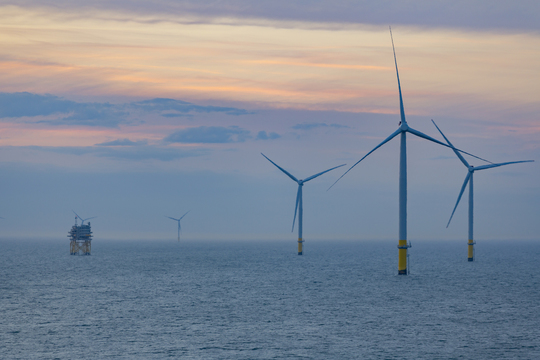