TEPCO Power Grid gets in on NeuConnect project

TEPCO Power Grid is set to participate in the NeuConnect project – the first UK-Germany subsea interconnector – as it has entered into a share purchase agreement with the shareholders of FI1 Limited, a minority shareholder in the project.

TEPCO Power Grid signed the agreement with the shareholders via TEPCO Power Grid UK Limited for the acquisition of FI1, which has minority stakes in the company managing the construction and operation of the NeuConnect interconnector project.

This will be the second global power transmission business investment for TEPCO Power Grid, following the Triton Knoll offshore electricity transmission project, which was announced in November 2021.

The €2.8 billion project will see two new HVDC converter stations built on the Isle of Grain in south-eastern England and in Wilhelmshaven, in northern Germany, connected by over 700km of subsea cables.

Siemens is the contractor for the converter stations and Prysmian will manufacture and install the cable.

Sumitomo Electric was appointed as a subcontractor to supply a section of 525 kV HVDC mass-impregnated cable to Prysmian.

Financial close for the project was reached last month and commercial operations are expected by 2028.

NeuConnect is expected to enable UK and Germany to flexibly exchange power from diverse sources with fluctuating output, such as wind and solar, thereby further accelerating the spread of renewable energies.

In addition, it will make a significant contribution to enhancing energy resilience and energy security in both countries since it will aid the exchange of power in times of emergency.

Finally, the project will deliver a net reduction in carbon emissions of 16 MtCO2 over 25 years to support the German, UK and European net-zero goals. 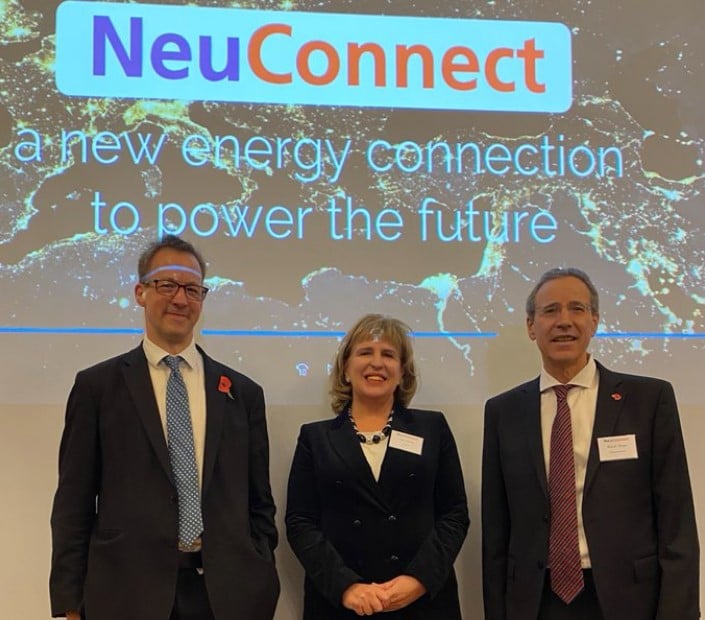