Members of THE Alliance Hapag-Lloyd, HMM, Ocean Network Express, and Yang Ming have decided to void dozens of sailings in April amid anticipated sharp demand downturn caused by the coronavirus pandemic.

THE Alliance follows in the footsteps of 2M which withdrew the AE2/Swan and AE20/Dragon services on the Asia-Europe trade for the entire second quarter of 2020.

The capacity withdrawal equals a 21% capacity reduction in the trade.

The void sailings by THE Alliance cover Asia and North Europe route, Asia and the Mediterranean, Transpacific-West Coast as well as Transpacific-East Coast via Panama and Suez canals, as well as the Transatlantic routes.

“In addition to the voyages voided in April, THE Alliance members are currently preparing further, structural changes to our 2020 product and will make respective announcements in the upcoming week. The adjustments to our services are based on the requirements of the market in the current situation,” the alliance members said in an advisory.

“Void sailing notices from carriers for April are coming in thick and fast and while rapidly decreasing fuel costs might tempt carriers to persist with this tactic as the primary defence for a little while longer, the need to preserve cash will soon force lines to suspend loops and park ships up,” UK-based consultancy Drewry believes.

To mitigate the elevated risk of operating losses, lines should consider off-hiring chartered tonnage wherever possible and laying up owned units to preserve cash in the event of a prolonged demand downturn, Drewry adds.

“Cargo owners should expect significant service disruptions this year with more blank sailings and very probably a number of service suspensions. Shippers should consider adding a few “backup carriers” to their list of vendors if their primary service providers ration capacity or stop loops. Despite the unexpected reduction in fuel costs, shippers prioritising transit times need to watch out for slower service speeds as some carriers may be tempted to extend round voyages to absorb capacity.”

The blanking of sailings is not a very glorious start for the South Korean shipping company HMM in the alliance.

The company traded its cooperation with 2M for full membership in THE Alliance, which marked its official start today.

HMM was described as a great fit for THE Alliance, as it was contributing a number of new and modern vessels, especially on the Far East-North Europe trade.

Specifically, twelve 24,000 TEU vessels were scheduled to start their delivery to HMM in April. Additionally, eight 15,000 TEU newbuildings also slated to join HMM’s fleet in the second quarter of 2021. 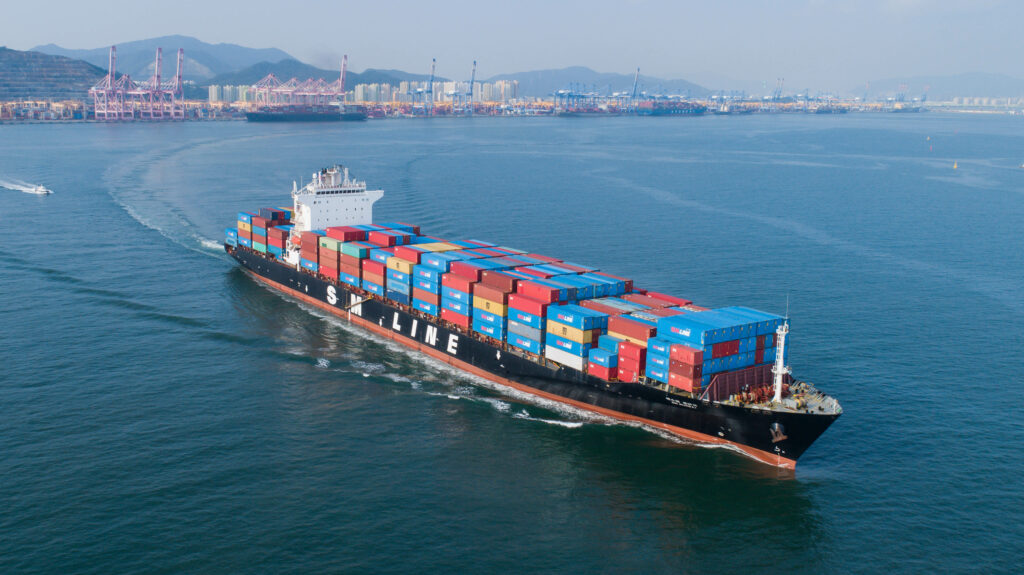