THE Alliance Upgrades Service Network as It Welcomes HMM

THE Alliance has unveiled an expanded service network for 2020 as it is welcoming South Korea’s shipping company Hyundai Merchant Marine (HMM) as a new full member.

With the US Federal Maritime Commission’s acceptance of HMM membership, the carrier will join its three counterparts in the alliance, Hapag-Lloyd, Ocean Network Express (ONE), and Yang Ming.

THE Alliance plans to launch the upgraded product package around April 1, 2020. Based on the existing network of THE Alliance, the new package will offer increasing frequency particularly from South East Asia, as well as new direct port coverage and improved transit times.

As World Maritime News previously reported, HMM is expected to add some 34 ships to THE Alliance’s network this year, adding up to 519,000 TEUs. In the coming months, the company will start taking delivery of twelve 23,000 TEU and eight 15,000 TEU newbuilds. The 23,000 TEU giants will be deployed in the Far East-North Europe trade and will further strengthen THE Alliance’s service portfolio.

Specifically, the upgraded package includes a new pendulum service replacing the existing Asia-Europe FE5 and Transpacific PS7 services. This new service, to be further named, will be operated by eighteen 14,000+ TEU ships and provides added weekly Transpacific coverage between South East Asia and Southern California, thereby expanding the number of services directly covering this lane to three, in addition to FP1 and PS3. A modified PS3 will offer new direct coverage of Haiphong.

Further to the enhanced Transpacific coverage of South East Asia, a new Transpacific loop, PS8, focusing on Central China and Korea — including new coverage of Incheon — will be inaugurated around April 1, 2020.

For Asia and North Europe, the group will deploy two 20,000+ TEU vessel services in a newly revised FE2 and FE4 design which will bring economies of scale and environmental benefits. 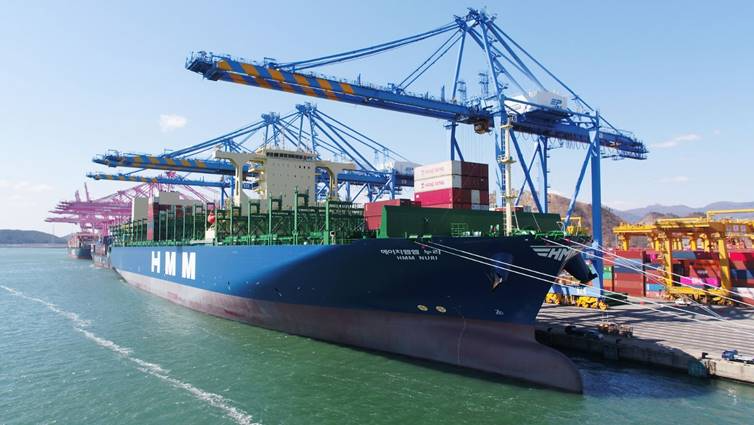