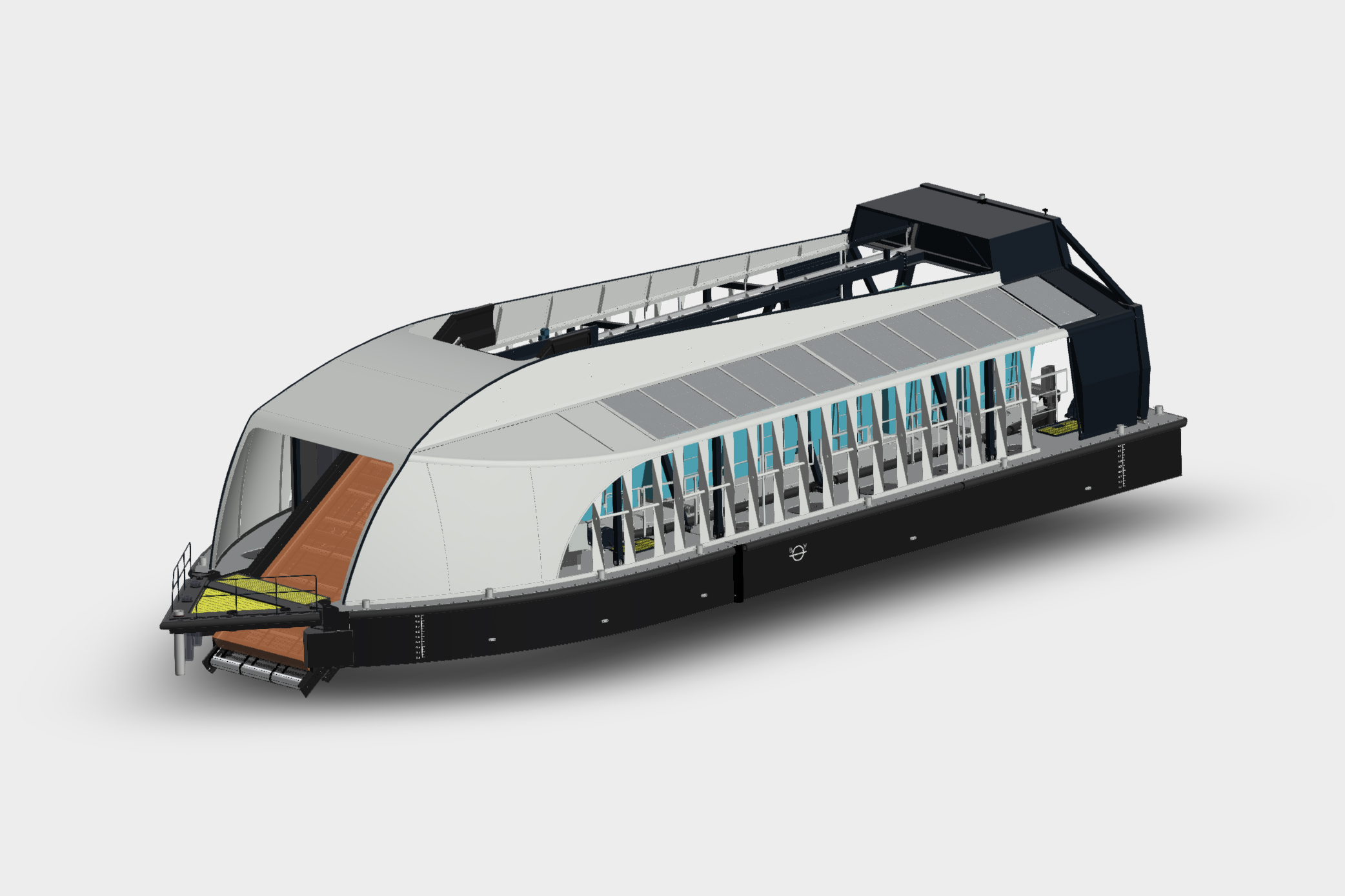 Back to overview
Home Green marine The Ocean Cleanup, Konecranes team up on series production of river plastic extractor

The Ocean Cleanup, Konecranes team up on series production of river plastic extractor

The Ocean Cleanup, a Dutch non-profit developing advanced technologies to rid the oceans of plastic, and Finnish crane manufacturer Konecranes have partnered up to design, manufacture, and service The Ocean Cleanup’s Interceptor, a system that will be extracting plastic from rivers before entering the ocean.

This is said to be an important step as the non-profit organization prepares to tackle the world’s 1,000 most polluting rivers.

As explained, deploying Interceptors on a large scale is necessary to rapidly address the urgent problem of ocean plastic pollution. Laying the groundwork for global scaleup, Interceptors 005 and 006 are currently being manufactured simultaneously at Konecranes’ MHE-Demag facility in Klang, Malaysia and are expected to be completed in May 2021.

Moving forward, Konecranes will handle Interceptor manufacturing, installation, and maintenance; local partners will oversee operations, and The Ocean Cleanup will continue to act as the technology and best practices provider as well as lead business development for upcoming Interceptor projects.

The solution is planned to be 100% solar-powered, extracting plastic autonomously and capable of operating in the majority of the world’s most polluting rivers.

“At the end of a very challenging year, I am happy to see series production begin for the Interceptor. It is a necessary step for us to tackle the global flow of plastic pollution to our oceans at scale. I believe Konecranes is well-suited for the job and we look forward to seeing them build many more Interceptors in the coming years,” Boyan Slat, Founder and CEO of The Ocean Cleanup, commented.

“We’re proud to partner with The Ocean Cleanup and harness our global engineering, manufacturing and service capabilities to clean our world’s rivers and oceans,” Rob Smith, Konecranes President and CEO, said.

The Ocean Cleanup’s Interceptor was unveiled in late 2019 and there are currently three systems deployed — in Klang, Malaysia; Jakarta, Indonesia; and Santo Domingo, Dominican Republic. A fourth Interceptor, in Vietnam, has been delayed for deployment and is expected to be launched early in 2021.

Over the last year and a half, The Ocean Cleanup has used the insights from these pilot systems to understand and further develop the technology for more efficient mass production. These upgrades include changes to the conveyor, shuttle, dumpsters, and barge. Working together with MHE-Demag, these changes have been incorporated into the 3rd generation design, which is the blueprint for the Interceptors being manufactured in 2020 and 2021.

Meanwhile, the Ocean Cleanup announced plans to return to the Great Pacific Garbage Patch (GPGP) in 2021. A year ago, the non-profit completed its first mission in the area, bringing the first batch of ocean plastic to shore collected with the help of its first cleanup system, System 001.

The organization is preparing to launch its cleanup System 002 — a full-scale cleanup system that is able to both endure and retain the collected plastic for long periods of time. The solution is expected to be a key stepping stone to the full-scale cleanup of GPGP.

The Ocean Cleanup is currently testing the plastic retention system with its partner Maersk Supply Service in the North Sea.