Slated for delivery in 2020, the vessel will operate in Northern Europe where it will supply LNG to commercial ships including CMA CGM’s nine ultra large container vessels (ULCVs) for a period of at least ten years.

In February 2018, Total Marine Fuels Global Solutions (TMFGS) and Japanese shipping company Mitsui O.S.K. Lines (MOL) signed a long-term charter contract for the 18,600 cbm LNG bunker vessel. Under the MOU, the bunker vessel will be managed by a UK subsidiary of MOL.

According to Total, the LNG bunker vessel’s construction is in line with the International Maritime Organization (IMO) decision to drastically limit the sulfur content of marine fuels as of 2020.

Built by Hudong-Zhonghua Shipbuilding at the shipyard near Shanghai, the bunker vessel is fitted with innovative tank technologies. Designed to be highly maneuverable, the 135-meter-long vessel will be able to operate safely in Northern European ports and terminals. It also meets the highest environmental standards thanks to the use of LNG as fuel and complete reliquefaction of boil-off gas.

⛴️? @Total’s first large liquefied natural gas (LNG) bunker vessel has been launched. After her delivery in 2020, the bunker vessel will operate in Northern Europe, where she will supply #LNG to commercial vessels. #IMO2020 pic.twitter.com/mtZm5Ixy4U 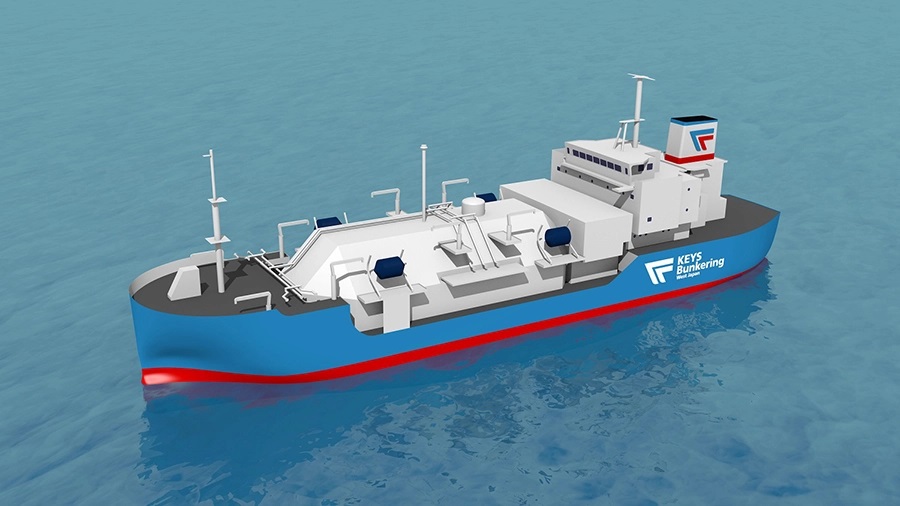