TOWT ordered the first wind-powered ship at the same shipyard at the beginning of the year. Its delivery is scheduled for the end of 2023 while the second ship will be delivered in spring 2024.

According to Piriou, the construction of the first unit will start in the coming weeks at its shipyard in Giurgiu, Romania, and it will arrive in Concarneau,France, next summer ready for the outfitting phase.

The construction of the second ship is expected to begin in a few months.

Just like its sister ship, the newly-ordered vessel will have a cargo capacity of 1,100 tonnes and will be designed for 320 days at sea per year.

Its navigation is principally sail-powered and, in addition to wind-propulsion, the ship is equipped with two turbocharged four-stroke marine diesel engines.

On the bridge, there will be a single command station and its ergonomics will allow the officer of the watch to carry out all the commands and course adjustment operations, excluding manoeuvres, single-handedly, Piriou explains.

Vincent Faujour, chairman of the Piriou Group, said: “A few months after announcing the signature of a contract with Piriou for the construction of the first sailing cargo ship, this new order shows that the customer is continuing to put its trust in Piriou and confirms that our shipyards remain at the cutting edge of innovation in the rise of wind-powered technologies and the decarbonisation of maritime transport.” 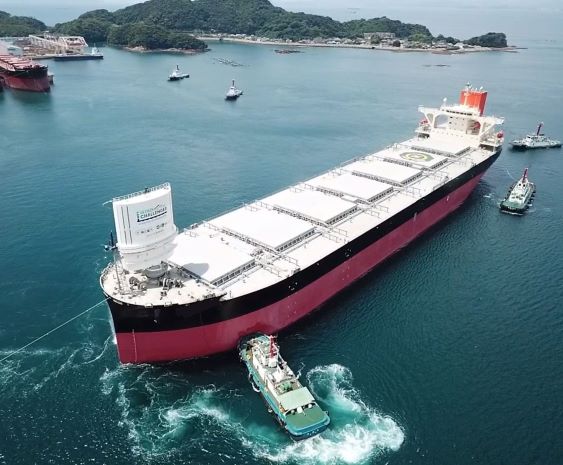