Two offshore energy services providers have joined forces with a provider of renewable hydrogen to develop a concept for offshore green hydrogen production by using a converted jack-up rig in the North Sea.

Offshore engineering solutions provider Aquaterra Energy, renewable hydrogen producer and supplier Lhyfe, and offshore drilling contractor Borr Drilling are behind Project Haldane, which will develop an industrial-scale offshore green hydrogen production concept. This will be done through the deployment of an electrolyser system on a converted jack-up rig, Aquaterra Energy revealed in a statement on Tuesday.

Within the context of offshore wind, this unique solution should solve the challenges related to grid connectivity and intermittency of supply created by remote locations, preventing the full use of reliable winds far out in the North Sea.

The solution will provide an off-take for the electricity produced in the immediate vicinity of the windfarm and aims to use existing platforms, pipelines, terminal infrastructure, and offshore equipment leveraging the existing infrastructure to reduce costs.

The concept will offer an alternative deployment to existing assets – such as jack-up drilling rigs traditionally used for oil and gas exploration – provide a source of green hydrogen, and enhance the commercial feasibility of remote offshore wind projects.

Darren Sutherland, Director of Operations at Borr Drilling, said that Borr Drilling will leverage its core capabilities to evaluate the adoption of this alternative energy source in an environment with a large untapped potential. Sutherland emphasised that Borr will continue working in its traditional drilling market but also pointed out that this project serves to reinforce the company’s ambition to improve the sustainability of its activities and align the service offering with the changing expectations of customers and stakeholders.

“Over the last few years, we have also been working on different projects to deploy our production process offshore. Offshore wind offers the greatest potential for sustainable hydrogen production because of the cost-effectiveness that can be achieved through scalability and technological innovation. The market is yet to deliver a flexible solution that benefits from the existing infrastructure in the North Sea and Lhyfe wants to be at the forefront of this change by creating a world-first green hydrogen production of this kind”.

Aquaterra noted that the consortium welcomes any interested parties to submit enquiries while the concept is still in its early stages.

James Larnder, Managing Director at Aquaterra Energy, said: “With years of experience in successful delivery of complicated offshore jack-up operations, complex structural projects and offshore process systems we are excited to be the interface that brings together the interest of Lhyfe in offshore markets and expands on Borr Drilling’s expertise in jack-up rig equipment.

“Our unique value here is that we are multilingual in terms of the engineering and operational needs of oil and gas assets, and green energy processing systems. We’re looking forward to taking this from concept to reality”.

In related news, Aquaterra has recently received an order for three of its Sea Swift platforms, the first of which will be powered by renewable energy. The platforms will be destined for operations off the coast of the Cabinda Province, offshore Angola. 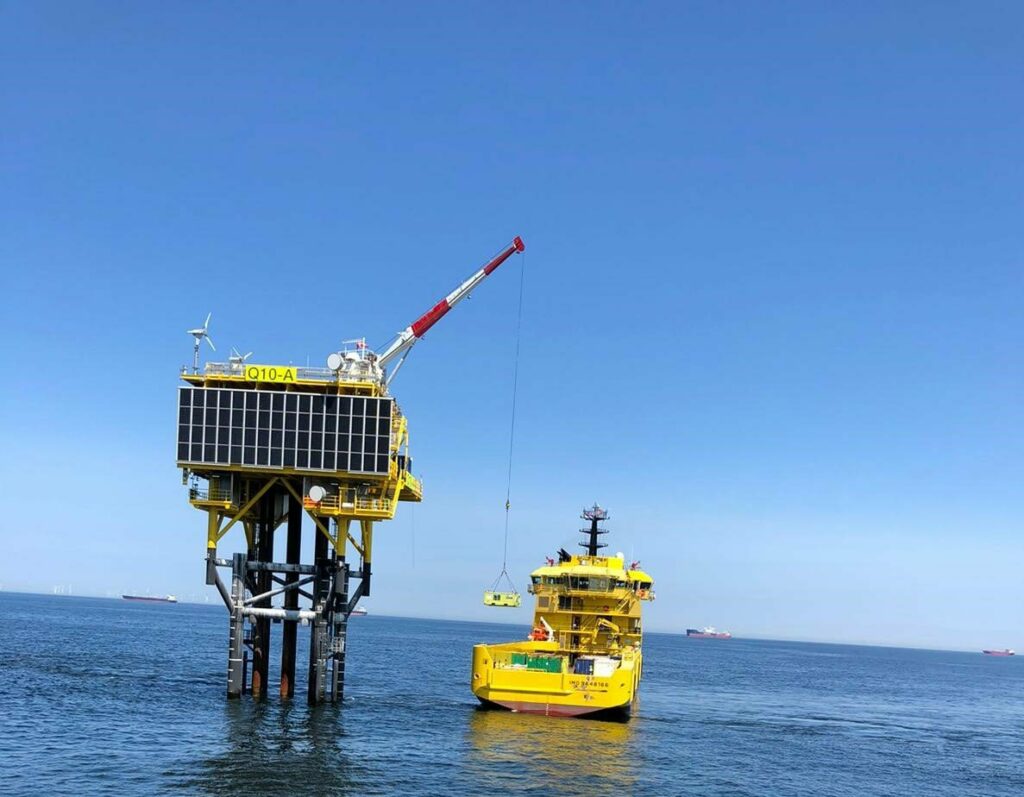