Sea trials represent only one element of TTI’s multifaceted project, according to the company, as it announced the return to the wave tank next month to demonstrate the applicability of NetBuoy to different wave energy converter types.

Ben Yeats, project manager at TTI, said: “These important sea trials would not have been possible without local support, with special mention for the Port of Cromarty Firth who were very accommodating from the outset and helped facilitate site selection suitable for six-month deployment”.

The net applies distributed restraint loads and agglomerates them back to structural ‘hard’ points.

This is essential in enabling the use of membrane buoyant modules as they cannot be restrained otherwise.

TTI said that for NetBuoy its own proprietary net design was used, in combination with off-the-shelf Yokohama fender, supplied by James Fisher and Sons’ division Fendercare Marine.

The long-term vision for the proposed solution is integration into wave energy converters, utilising the NetBuoy to provide the prime mover water plane, swept volume and buoyancy requirements, according to Wave Energy Scotland, which supported the project through its Structural Materials and Manufacturing Processes call. 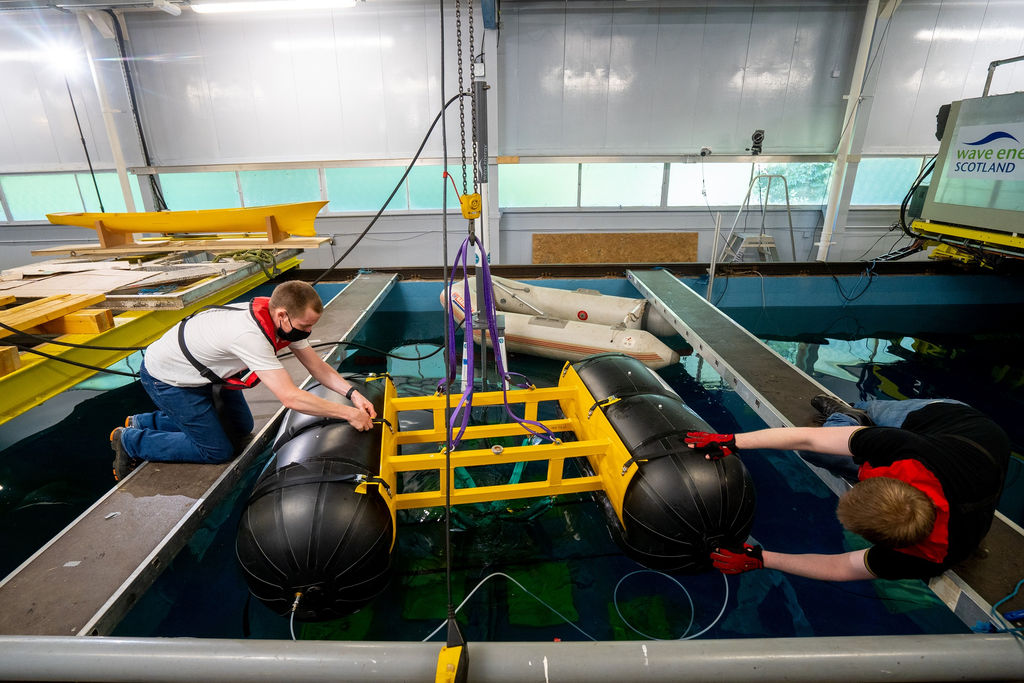