Turkey, one of the five major ship recycling countries in the world, has acceded to the International Maritime Organization’s (IMO) Hong Kong Convention, a treaty for safe and environmentally sound ship recycling.

On January 31, Ümit Yalçın, Ambassador and Permanent Representative of Turkey to IMO, met IMO Secretary-General Kitack Lim to deposit the instrument of accession to the treaty.

Turkey has become the seventh state to accede to this convention, next to Belgium, Congo, Denmark, France, Norway and Panama.

The Hong Kong International Convention for the Safe and Environmentally Sound Recycling of Ships, 2009, covers the design, construction, operation and maintenance of ships, and preparation for ship recycling in order to facilitate safe and environmentally sound recycling, without compromising the safety and operational efficiency of ships.

Under the convention, ships to be sent for demolition are required to carry an inventory of hazardous materials, specific to each ship. Ship recycling yards are required to provide a ship recycling plan, specifying the manner in which each ship will be recycled, depending on its particulars and its inventory.

In its accession instrument, Turkey declares that it requires explicit approval of the ship recycling plan before a ship may be recycled in its authorized ship recycling facility(ies).

The treaty will enter into force 24 months after ratification by 15 states, representing 40 percent of world merchant shipping by gross tonnage, and a combined maximum annual ship recycling volume not less than 3 percent of their combined tonnage.

The top five ship recycling countries in the world, accounting between them for more than 90% of all ship recycling by tonnage are Bangladesh, China, India, Pakistan and Turkey. Currently, IMO is implementing a project — SENSREC Phase II — in Bangladesh to enhance safe and environmentally sound ship recycling and develop a roadmap towards accession to the Hong Kong Convention. 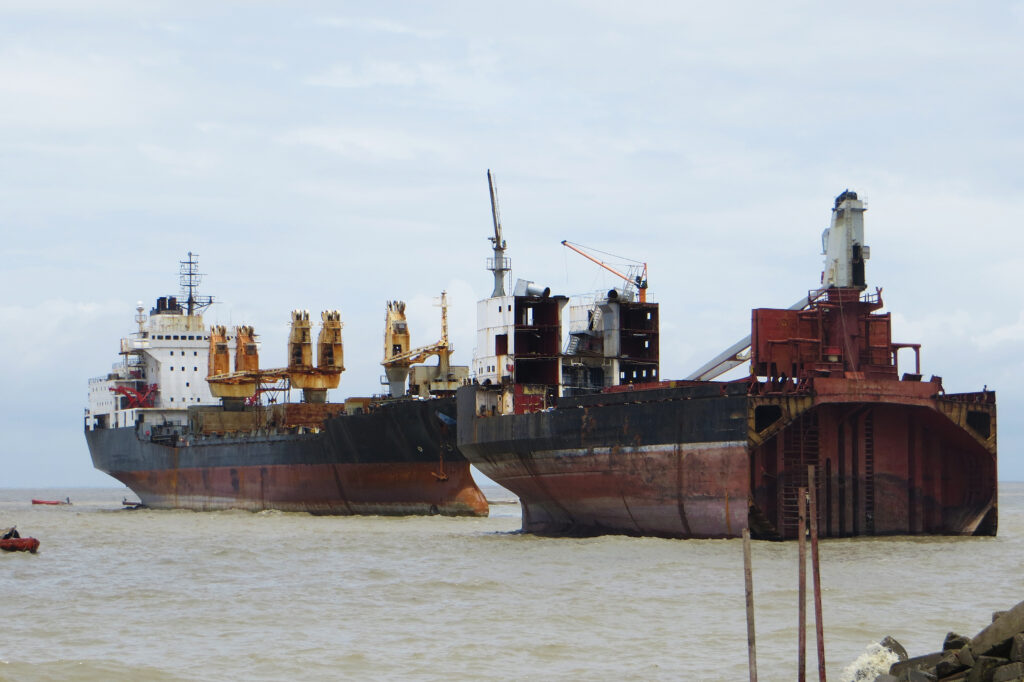