The U.S. National Offshore Wind Research and Development Consortium will award a total of USD 10.3 million (around EUR 9.1 million) to twelve projects selected in its latest solicitation for offshore wind research and development (R&D).

The funding will support research in areas such as the U.S. offshore wind supply chain, offshore wind impact on the electric grid system, and innovations in anchoring structures.

Among the awarded projects is Principle Power’s ShallowFloat, which aims to put shallow-mooring components for floating wind turbines to test and demonstration.

Two projects by GE have been selected, one focusing on condition-based maintenance and the other on radar-based wake optimisation of offshore wind farms.

“The National Offshore Wind Research and Development Consortium is a model for how you bring public and private sector interests together to advance our clean energy future”, said Vincent Schellings, GM for Engineering & Product Development, Offshore Wind at GE Renewables. “Through the Consortium, we’re able to harness critical funding resources and focus them on the right initiatives to advance the offshore industry and ultimately expand the U.S. supply chain in ways that attract new jobs and private sector investments”.

The National Renewable Energy Laboratory (NREL) will also carry out two projects, one of them being the development of a supply chain roadmap for U.S. offshore wind with a target of 20 GW by 2035. NREL will also engage in studying and developing advanced methods for evaluating grid stability.

Along with the abovementioned, the consortium awarded the following projects:

The federally-funded, public-private National Offshore Wind Research and Development Consortium was established in 2018 when NYSERDA was awarded USD 18.5 million (approx. EUR 16.3 million) from the U.S. Department of Energy. The Commonwealths of Virginia, Massachusetts, and the State of Maryland also contribute to the consortium’s funding. 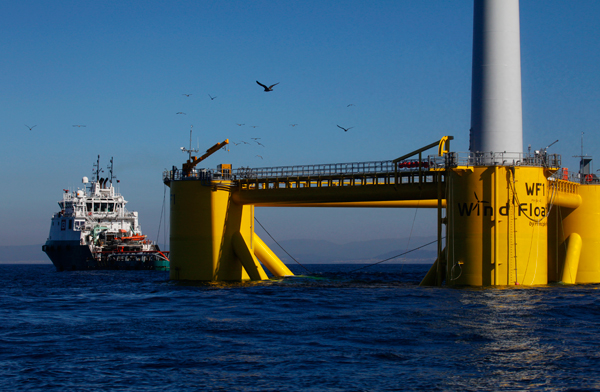