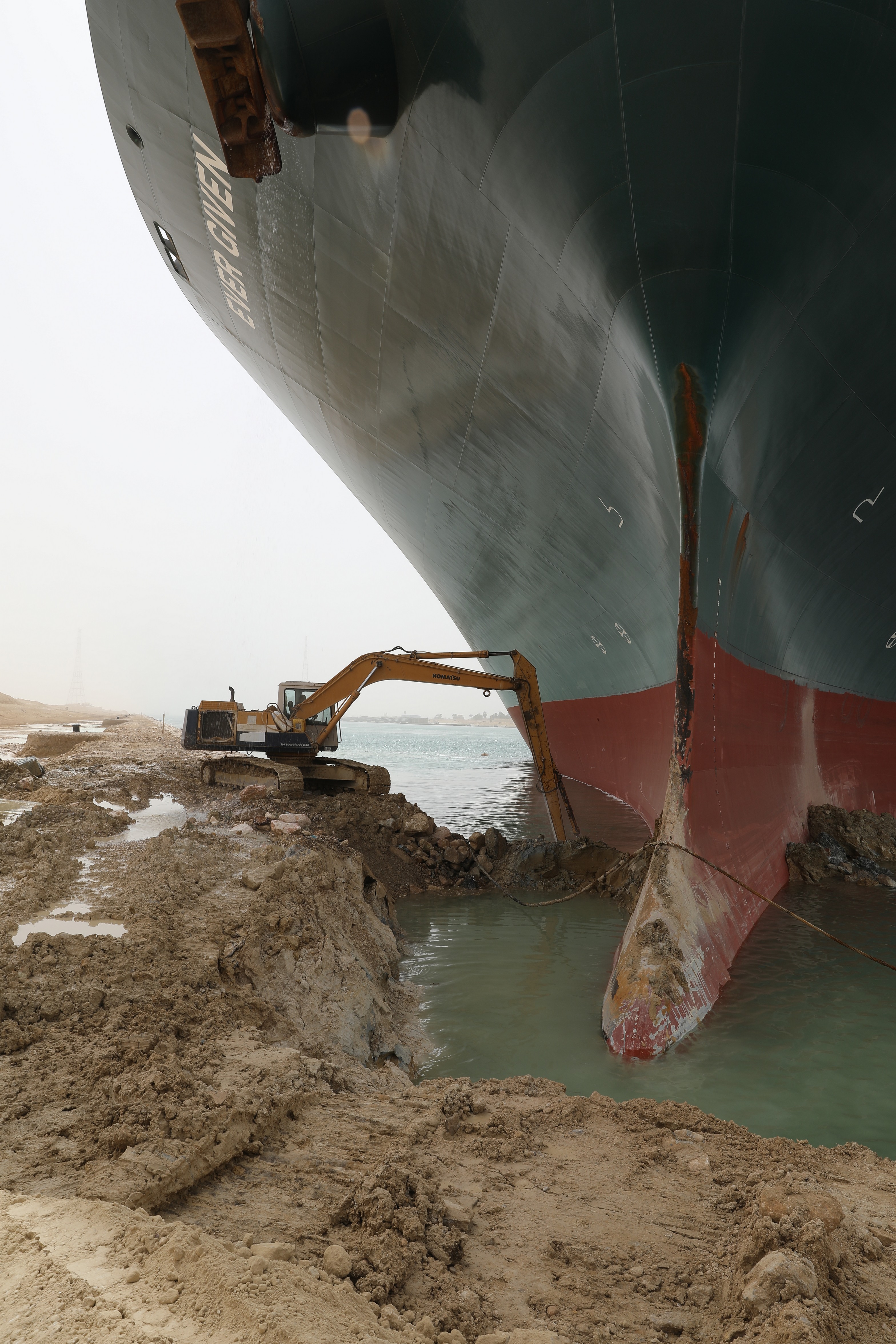 After 48 hours of proactive efforts to re-float the 20,000 TEU Ever Given, the containership’s grounding situation has not been resolved, Taiwanese shipping company Evergreen Line said in an update.

Two dredgers have been sent to assist the operation, which is still ongoing, GAC Egypt informed.

The ship has been taken on time-charter by Evergreen from Shoei Kisen Kaisha. According to the shipowner, the crew, ship and cargo are all safe, and no marine pollution has materialized.

The Japanese company insists that there had been no black out resulting in loss of power prior to the ship’s grounding.

The colossal ship, spanning 400 meters in length and 59 meters in width, ran aground on March 23, at 6 nautical miles from the southern entrance of the canal.

Gusting winds of 30 knots and poor visibility due to a dust storm are believed to be the likely cause of the grounding, which left the boxship stuck sideways in a narrow point of the waterway.

“The Suez Canal Authority is arranging for three ships located behind the grounded vessel to exit the canal and to wait at Suez outer anchorage, awaiting further developments,” GAC said earlier today.

As disclosed, about 29 ships are reported to be waiting at Suez anchorage, and about 36 at Port Said outer anchorage.

The teams will be working with the captain and the Suez Canal Authority to design a more effective plan for refloating the vessel as soon as possible, the company said.

A team of around 10 people from Smit Salvage, a subsidiary of Boskalis, has been sent to Egypt, Reuters reports.

Offshore Energy – Green Marine has reached out to Boskalis for a comment and is yet to receive a reply.

Even though it was expected that the refloating operation could take about two days, it appears that the task might be harder than it seemed, with estimates emerging that it would take several days to complete the operation.

Meanwhile, the Suez Canal Authority has eight tugs deployed at the scene and a number of excavators helping to free the ship.

“Evergreen Line will continue to coordinate with the shipowner and Suez Canal Authority to deal with the situation with the utmost urgency, ensuring the resumption of the voyage as soon as possible and to mitigate the effects of the incident,” Evergreen said in a statement.

According to the Taiwanese shipping major, since the vessel is chartered, the responsibility for the expense incurred in the recovery operation; third party liability and the cost of repair (if any) falls on the owners.

Industry sources quoted by Reuters estimate that the owner and insurers face claims totalling millions of dollars even if the ship is refloated quickly.

Specifically, they are facing claims from the canal authority as well as insurers and owners of ships stuck in the canal and incurring losses due to the blockage. 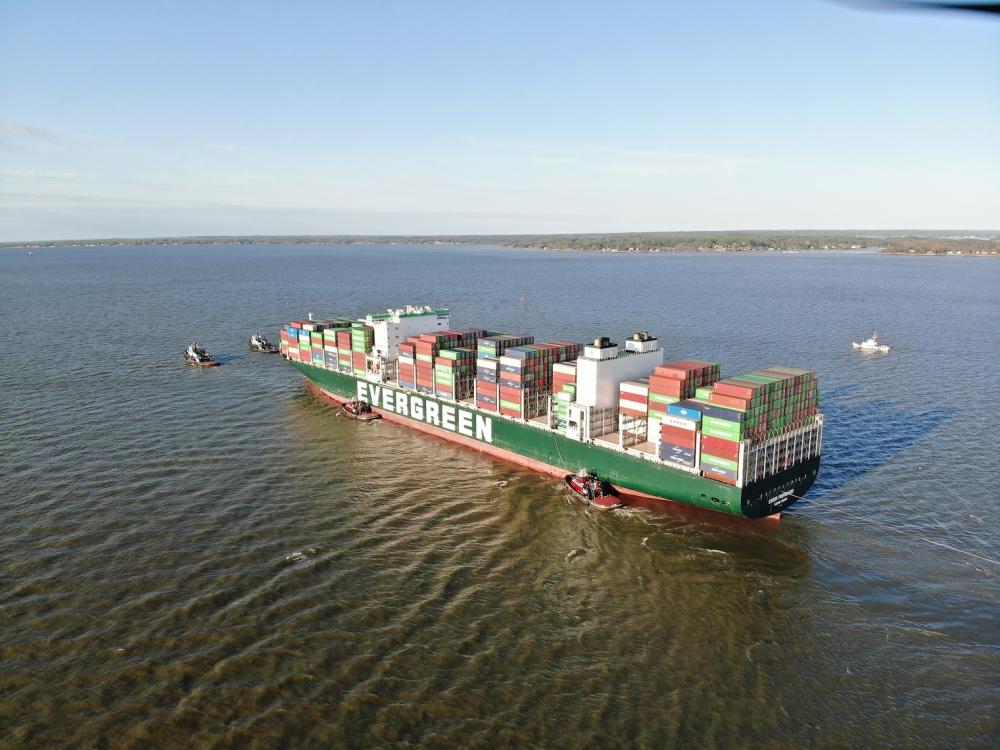 Evergreen Marine asked to pay $676K over Ever Forward grounding
Posted: 27 days ago
SCA inks MoU with ABS to bolster its environmental sustainability
Posted: 23 days ago
Evergreen’s colossal Ever Acme delivered 4 months ahead of schedule
Posted: about 1 month ago