Firefighting crews were called in to intervene today at the Port of Hamburg after one of the containers on the 13,500 TEU MS Alula caught fire early this morning, according to the official web site of the city of Hamburg.

The 2012-built MS Alula, operated by United Arab Shipping Company (UASC), was arriving to Waltershof harbor in the early hours of Friday, August 28,  when the fire was noticed and the authorities were notified.

36 firefighters were sent to contain the blaze aboard the boxship. Some 30 containers had to be discharged for the firefighters to access the burning container, which was taken ashore and the fire was put out at around 3:30 am, local time.

The 40-foot container was reportedly loaded with stacks of cardboard. The other cargo aboard the 349.5-meter boxship was reportedly unaffected by the fire. 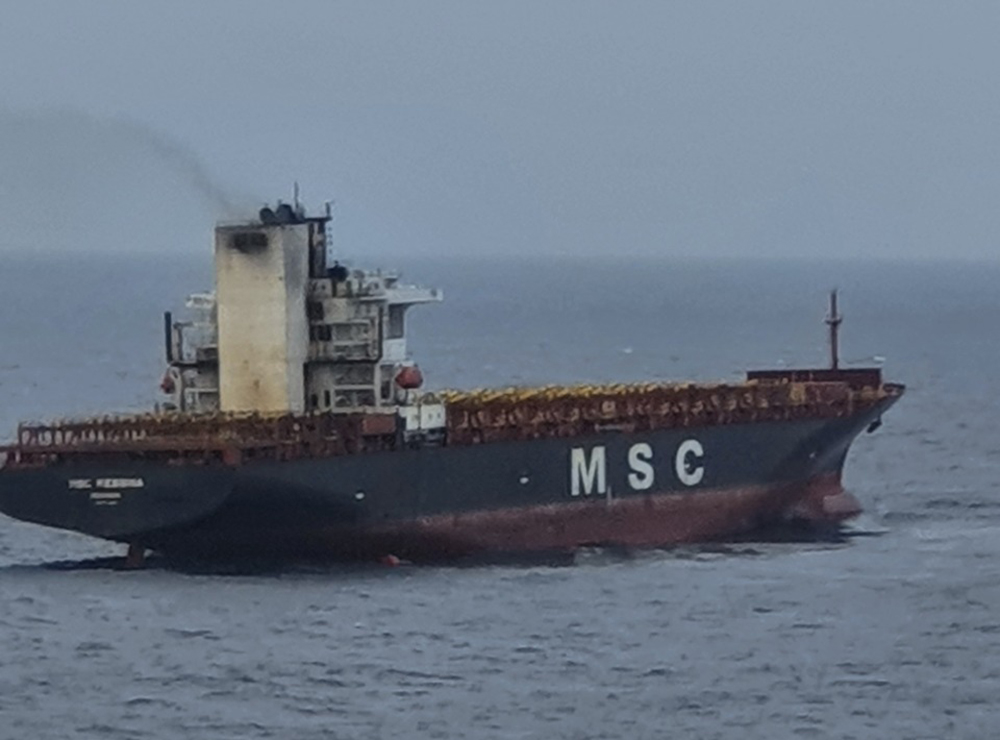 One seafarer dead after fire breaks out on MSC boxship
Posted: 26 days ago
Containers tumble into sea as fire-stricken X-Press Pearl lists starboard
Posted: 1 months ago
Ever Given to drop Hamburg port call due to “safety concerns”
Posted: 9 days ago