ALE has completed the off-loading of eight components that will be assembled to create a prototype wind turbine for an offshore wind project in Fife.

The 7mw prototype turbine is one of the largest in the worlwd with a nacelle height of 110m and a blade tip height of 196m from sea level.

The components were lifted from the ship to SPMTs for site transportation to temporary steelwork by the SPMTs inbuilt hydraulic system.

Andy Hunt, Project Engineering Manager at ALE said: “This is a great project to work on, the prototype will be used as a trial prior to the installation of the wind farm in Scotland, the pieces were not out of the ordinary in terms of weight for us however with sections at 85m long some preparatory work was done to ensure the stability and method for transportation.” 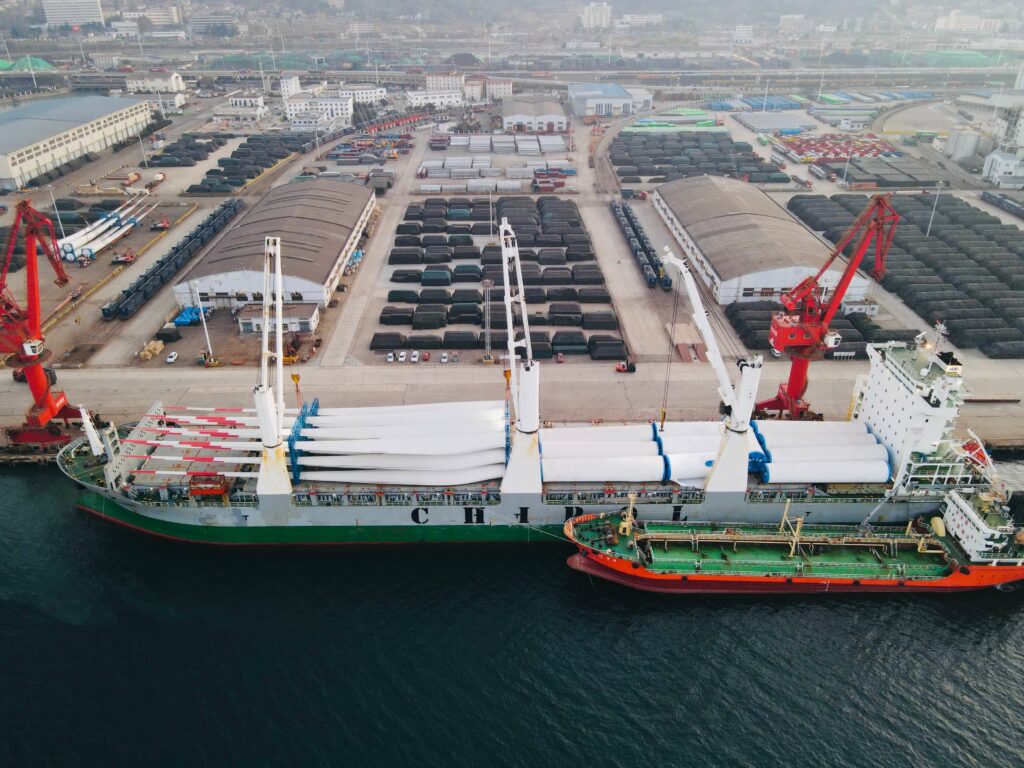