Three winners are sharing a £1 million, or about $1.3 million, prize for ideas that could help cut greenhouse gas emissions by moving forward the drive to electrify platforms in the North Sea.

The Decarbonisation competition for the electrification of offshore oil and gas installations was launched by the OGA, working with BEIS, in September 2021 to fund technical and commercial studies on offshore electrification in the UK North Sea as part of the North Sea Transition Deal outcomes. By late October, the regulator received 29 bids.

The results have now been announced and the winning applications look at various ideas that could speed up essential electrification projects. The three companies must now complete work on their studies by 31 March 2022, with project reports to be published in 2Q 2022, the UK regulator said on Monday.

Dr Andy Samuel, OGA Chief Executive, said: “This competition has sparked significant interest from a broad cross-section of the industry with an impressive range of innovative proposals. The investment and infrastructure to move projects forward now will be beneficial long into the future, enabling network grid and offshore wind expansion.”

Carlo Procaccini, OGA Head of Technology, said: “We were delighted with the strong industry interest in the £1m BEIS/OGA electrification competition and the quality of the winners’ submissions. The three chosen projects will assess innovative solutions to kick-start oil and gas electrification in the North Sea.”

According to the OGA, power generation accounts for over 70 per cent of oil and gas production emissions. It is anticipated that powering installations using electricity, from a cable to the shore or from a nearby wind farm, could lead to a reduction of 2-3 million tonnes of CO2 a year – equivalent to the annual carbon emissions from households in a city the size of Liverpool.

Platform electrification plays an important role in the OGA’s vision for an integrated energy vision. The OGA’s Energy Integration Report found that the UK Continental Shelf could, through a mix of offshore electrification, carbon capture and storage, offshore wind power, and hydrogen, absorb up to 60 per cent of the UK’s entire greenhouse gas reduction needed to achieve net-zero emissions by 2050.

Orcadian will evaluate innovative concepts for the electrification of key offshore installations in the Central Graben (e.g. not requiring an electrical connection to the shore) producing an industry report describing this approach. Orcadian’s proposed concept would use renewable energy, generated from local wind farms, for the bulk of the electricity required; with backup power generated from gas or net-zero fuels, supported by batteries for a fast response.

Just last week, Orcadian’s development concept for the Pilot field in the UK North Sea was approved by the regulator, allowing the company to advance its Field Development Plan.

This concept study will use Ørsted’s Hornsea offshore wind farm lease area and an existing gas platform in the Southern North Sea to explore the optimal technical design for a stable and reliable power supply from an offshore wind farm. This would be an important step towards decarbonising offshore installations as per the North Sea Transition Deal.

The four-month feasibility study will also investigate the commercial solutions for establishing an electrical connection between an offshore wind farm and other installations. The aim is to provide a solution that could be scaled, replicated, and applied to any wind farm and platform in proximity to one another. Ørsted will deliver this project working together with two partners, Neptune Energy and Goal7.

Ørsted and Neptune are also collaborating on a wider basis, facilitated by Goal7, to investigate how providing electricity from offshore wind could not only support significant decarbonisation of oil and gas production but also be the first step towards the full integration of energy systems that includes offshore low-carbon hydrogen production.

Henriette Holm, Head of UK Project Development & Programmes for Ørsted, said: “This will not just benefit the oil and gas sector but will also support the case for new offshore wind capacity as demand for electricity increases, helping accelerate the growth of the UK’s offshore wind sector, which is essential if the UK is to meet its 2050 net-zero commitments.”

Neptune Energy’s New Energy Director, Pierre Girard, pointed out significant challenges related to the electrification of platforms located many hundreds of kilometres offshore for which power from shore would likely prove unviable.

“Connections to offshore wind facilities could offer a technical solution, underpinned by a supportive policy and regulatory framework,” Girard said.

Based in Aberdeen, Katoni Engineering is a specialist engineering company focused on offshore asset management and net-zero operations.

The Katoni-led study will provide an assessment of how different sources and locations of renewable generation can be utilised by existing offshore assets on a large, repeatable scale, driving timeline and cost efficiencies. The work will address key concerns of oil and gas operators related to security of supply from a non-grid connected solution, by leveraging the scale and mix of the power network.

This feasibility study will be of interest to multiple sectors of the energy market from operators to electrical supply networks to offshore wind power operators. 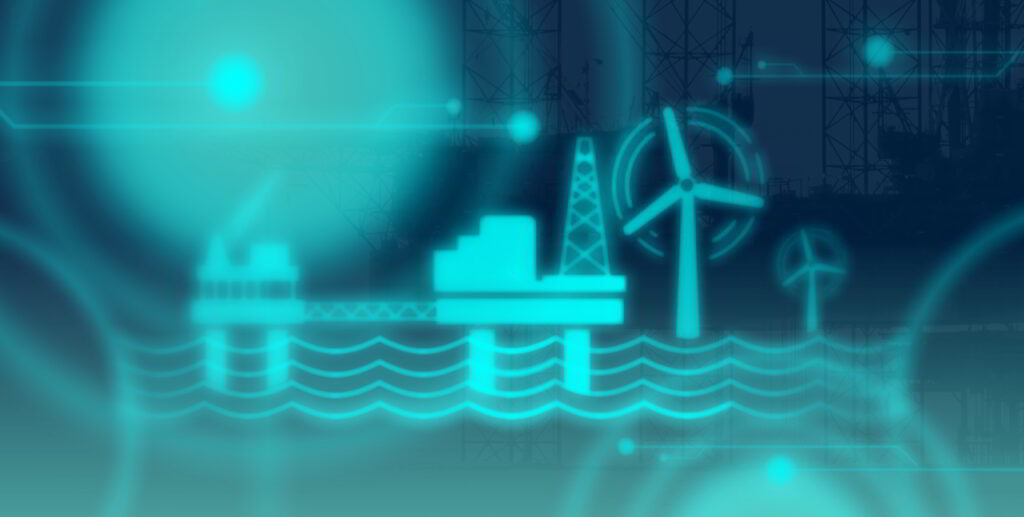